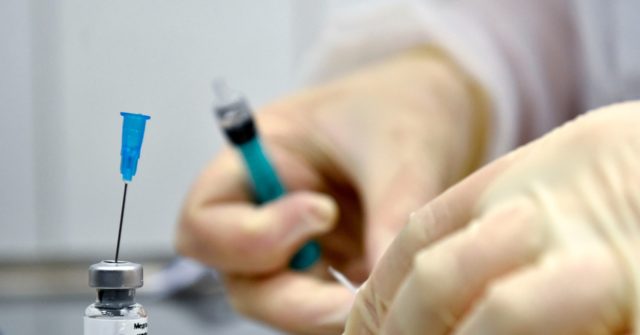 A volunteer who died after participating in AstraZeneca’s coronavirus vaccine trials in Brazil received a placebo, not the vaccine, several news outlets from inside and outside the South American country reported Wednesday.

The Brazilian laboratory housing the trials could not confirm the identity of the man or if he received a vaccine candidate dosage or a placebo, Brazilian magazine Exame revealed. Citing confidentiality issues, neither parties responsible for the tests nor Brazil’s health authority (Anvisa) would officially say “whether the volunteer received the placebo or not,” Brazil’s O Globo newspaper added.

O Globo identified the volunteer as 28-year-old doctor Pedro Rodrigues Feitosa of Rio de Janeiro. It stated that, according to its sources, the man died of Chinese coronavirus complications but that he contracted the virus months after he received a placebo as part of the AstraZeneca trials. The newspaper noted that friends of the doctor had posted tributes on social media and that he had a reputation for working long hours. He reportedly worked as a frontline doctor treating coronavirus patients directly.

“He reportedly received a dose of a substance from the AstraZeneca/Oxford clinical study in late July. The doctor fell ill in September and his condition worsened until he died,” O Globo noted, in mid-October.

Anvisa, the Brazilian health agency, announced the death of the AstraZeneca volunteer but said the trials would continue.
Citing a statement from the laboratory where the trials took place, the magazine Exame said the center could not “confirm whether [the Brazilian volunteered] received a dose of the vaccine or participated in the placebo group.”

In the statement, the laboratory — the D’or Institute for Research and Education in Rio de Janeiro — declared:

Following international clinical research standards and respecting the confidentiality criteria of medical data, we cannot publicly confirm the participation of any volunteer in the clinical study with the Oxford vaccine.

“All significant medical events are carefully assessed by trial investigators” and” these assessments have not led to any concerns about [the’ continuation of the ongoing study,” an unnamed AstraZeneca spokesperson said, CNBC reported.

“There have been no concerns about [the] safety of the clinical trial” after an assessment of the case in Brazil, Oxford spokesperson Alexander Buxton reported added.

He added, “The independent review in addition to the Brazilian regulator have recommended that the trial should continue.”

Swedish-British pharmaceutical company AstraZeneca is a front-runner in the global Chinese coronavirus vaccine race. In partnership with the University of Oxford, AstraZeneca is behind one of the four candidates in the last stages of clinical trials in the United States.

As with the Brazilian media, unnamed sources familiar with the situation told Bloomberg and Reuters that the subject was part of the test placebo group and did not receive the vaccine candidate.

A source familiar with the matter told Reuters that the trial would have been suspended if the volunteer who died had received the COVID-19 [Chinese coronavirus] vaccine, suggesting the person was part of the control group that was given a meningitis vaccine.

“A participant who died during a trial of AstraZeneca Plc’s [Chinese coronavirus] vaccine in Brazil hadn’t received the company’s shot, according to a person familiar with the matter,” Bloomberg added.

The volunteer’s death comes as Brazilian President Jair Bolsonaro faces pressure from the left to import a vaccine developed by China, the coronavirus’ birthplace.

Sao Paulo Gov. Joao Doria, a foe of Bolsonaro’s, “wants to force [locals] to take the vaccine that is being developed by China in partnership with the Butantan Institute” in his state, the conservative outlet Terca Livre reported.

On Wednesday, Bolsonaro slammed his Health Minister Eduardo Pazuello for working with Doria to purchase 46 million doses of the potential Chinese vaccine.

“The Brazilian people will not be anyone’s guinea pig,” Bolsonaro declared on social media channels, noting that the vaccine has not yet completed testing. “My decision is to not purchase such a vaccine.”

In the United States, AstraZeneca put its late-stage vaccine trial on hold in early September due to an unexplained illness in a U.K. patient. However, citing unnamed sources, Reuters reported Tuesday that the vaccine “is expected to resume as early as this week after the U.S. Food and Drug Administration completed its review of a serious illness in a study participant.”

Some mainstream media news outlets in the United States have also been promoting vaccine candidates developed by China, despite the communist regime’s documented dishonesty on the pandemic during its early stages. International experts deem Chinese virus data untrustworthy.