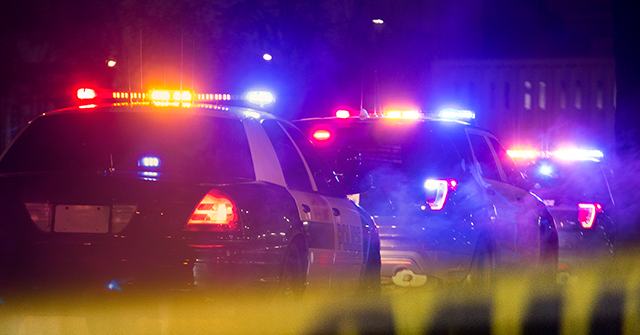 The crime rate has reportedly increased in congressional districts where vulnerable House Democrats who voted to “defund the police” will be running for reelection.

The report from the Washington Examiner indicated that congressional districts where Reps. Cindy Axne (D-IA), Elissa Slotkin (D-MI), Elaine Luria (D-VA), and Dan Kildee (D-MI) will be running have seen a rise in crime over the last couple of years. In fact, the four congressional members voted last March to “defund the police” when they voted to pass the George Floyd Justice in Policing Act of 2021.

Axne’s district, Iowa’s Third Congressional District, which includes the state’s southwest corner and Des Moines, reportedly saw a 50 percent increase in homicides since 2020. Additionally, in 2021 the homicides dropped from the previous year, but the number of shootings “nearly doubled.” The congresswoman’s race will be highly competitive this year, as she only won reelection in 2020 by less than 1.5 percentage points.

Slotkin’s district, Michigan’s Seventh Congressional District, which contains Lansing, saw a rise in crime as the coronavirus pandemic began. FBI data indicated in 2020, Lansing had the ninth-highest violent crime rate in the country because of an increase in crime that year, according to the Examiner. Additionally, the crime rate surpassed the city’s 2020 numbers by October.

Luria district, Virginia’s Second Congressional District, saw an increase in crime in the Hampton Roads region of Virginia, including Chesapeake. Hampton Roads’ seven largest cities saw a significant increase in homicides. In 2020 the homicide rate spiked 18 percent and saw a 20 percent increase in 2021, according to information provided to the Daily Press. As an answer to the rise in crime, the congresswoman has called for stricter gun laws and more background checks.

Kildee’s district, Michigan’s Eighth Congressional District, which contains Flint, Saginaw, and Midland, saw a rise in crime as well. The Examiner wrote that 2021 saw an approximately 12 percent increase in homicides compared to 2020. MLive also reported that non-fatal shootings were up just under 13 percent from 2020. Additionally, Saginaw saw a spike in homicides that totaled “more than tripling the number recorded in 2019.”

As the members of Congress run their reelection campaigns, they will have to explain to voters why they voted last year to “defund the police” on an almost party-line vote of 220-212. Republicans described the George Floyd Act as a plan that would engage in “defunding the police,” which will inevitably be used against them on the campaign trail.

Furthermore, a Congressional Budget Office (CBO) nonpartisan analysis of the bill indicated that it would cost more than 18,000 police departments around the country significant funds. “More than 18,000 law enforcement agencies nationwide would be affected by the bill’s requirements,” the CBO said in a letter to top congressional Republicans on the matter.