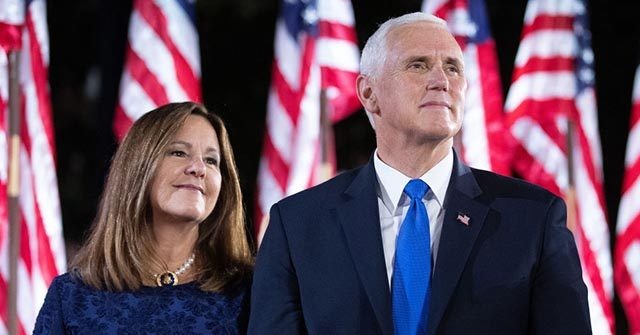 “The vice president has tested negative two days in a row after President Trump revealed early Friday morning that he and first lady Melania Trump tested positive for the coronavirus that causes COVID-19,” the Hill reported.

The vice president’s doctor said Friday that he did not have to quarantine and “is not considered a close contact of any individuals who have tested positive,” the article stated, adding that Pence worked from home on Friday and will do so again Saturday.

Late Friday, White House physician Sean Conley gave an update on Trump’s health after he and Melania Trump tested positive for the coronavirus.

“This evening I am happy to report that the President is doing very well. He is not requiring any supplemental oxygen, but in consultation with specialists we have elected to initiate Remdesivir therapy,” Conley said.

The president was transferred to Walter Reed military hospital on Friday “out of an abundance of caution,” according to Breitbart News.

Early Friday morning, Pence wrote that he and his wife were praying for the president and first lady’s quick recovery:

Karen and I send our love and prayers to our dear friends President @realDonaldTrump and @FLOTUS Melania Trump. We join millions across America praying for their full and swift recovery. God bless you President Trump & our wonderful First Lady Melania.

Prior to his departure for the hospital, Trump shared a video on Twitter and thanked everyone for their support:

“I want to thank everybody for the tremendous support. I’m going to Walter Reed hospital. I think I’m doing very well, but we’re going to make sure that things work out. The first lady is doing very well. So thank you very much, I appreciate it. I will never forget. Thank you,” he said.

In a tweet Friday night, the president gave what appeared to be an update on the situation, which he said was “going well, I think!”: