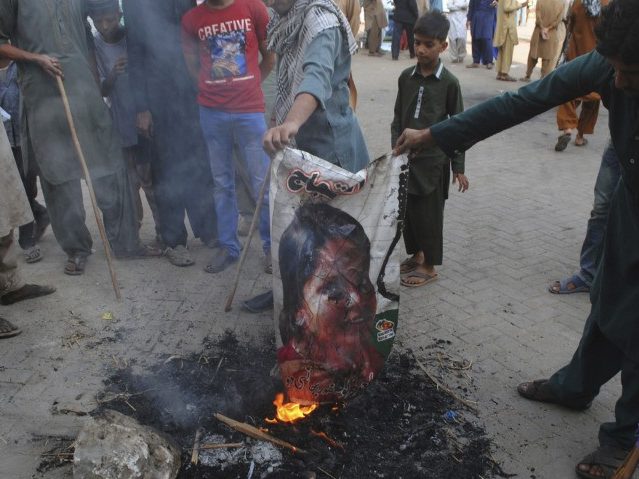 Islamists reportedly attacked travelers in Pakistan who identified themselves as Christians in the wake of the decision by the Supreme Court to rescind the 2010 death sentence against Asia Bibi for alleged blasphemy, CNN reported on Sunday.

Human rights groups have determined that Muslims often use the law to settle personal disputes and vendettas.

Peter Jacob, the executive director for the Center for Social Justice in Lahore, told CNN that half of the individuals accused of blasphemy in Pakistan are non-Muslims, adding that his organization registered cases in which anti-Bibi rioters asked travelers to divulge their religion, and if they revealed they were Christian, “They were taken out of their cars and beaten up.”

“The mental and psychological scars” inflicted on the Christian community will endure in the “current climate of fear,” Jacob noted.

CNN recently spoke to members of the Christian minority community in Pakistan impacted by Bibi’s acquittal.

“While speculation is rife about the safety of Bibi and her family, there are larger conversations at stake regarding the protection of Pakistan’s tiny Christian minority,” CNN noted, adding, “The country’s strict blasphemy laws are a topic of great sensitivity in Pakistan; accusations of blasphemy have seen a surge in mob violence and lynchings in pockets of the country.”

Followers of Christ make up less than two percent of Pakistan’s population of 200 million, according to Jacob. Yet they have been in the territory that forms modern Pakistan for centuries, long before it was declared an Islamic country.

“Please don’t name us,” a member of Pakistan’s Christian minority told CNN on condition of anonymity for fear of retribution. “But we are Christians and if Muslims aren’t safe from these conversations then we are nothing to these people, we respect the judgment of the Supreme Court, and that is paramount, I just want this situation to go away and for this tension to be lifted from our shoulders.”

Nearly a week after the October 31 Supreme Court decision to acquit Bibi, Pakistani authorities moved her to an undisclosed location last Thursday, fearing for her safety.

Islamists linked to the anti-blasphemy Tehreek-e-Labaik Pakistan (TLP) party that orchestrated riots across the Muslim country soon after the supreme court’s decision have threatened to kill Bibi, her lawyer, and the judges who cleared her.

Last Friday, the Pakistani government reached a deal with TLP to prevent Bibi from leaving the country while the Supreme Court deals with petitions to review its acquittal of the Christian mother of five.

Islamabad has also agreed not to prevent the TLP from filing a petition to add Bibi to a list preventing her from leaving Pakistan.