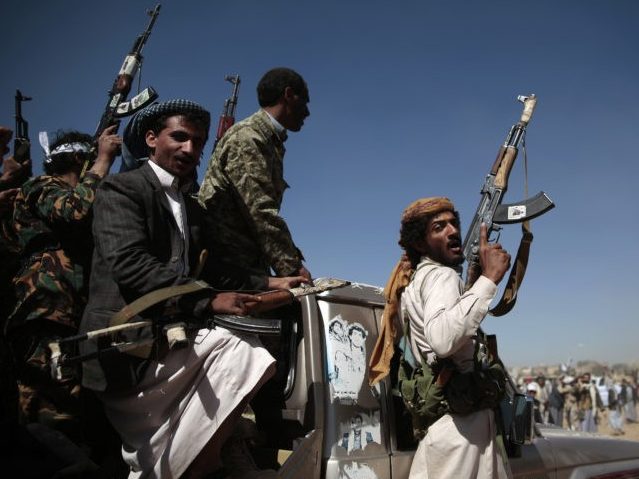 Citing anonymous individuals familiar with the discussions, the Post noted:

The terrorist designation, which would inject an unpredictable new element into fragile diplomatic efforts to initiate peace talks, has been discussed periodically since at least 2016, according to several of the individuals. But the matter has received renewed examination in recent months as the White House seeks to stake out a tough stance on Iranian-linked groups across the Middle East, they said.

A formal terrorist designation by the State Department could further isolate the rebels, members of a minority Shiite Muslim sect who seized control of Yemen’s capital in late 2014, but critics warn that such a move might also worsen already dire humanitarian conditions without pushing the conflict closer to a conclusion.

The internationally-recognized government of Yemeni President Abd Rabbuh Mansour Hadi formally requested that the United Nations designate the Shiite Houthi rebels a terrorist organization in February 2017, apparently to no avail.

In March 2015, a U.S.-backed Saudi Arabia Sunni coalition launched an ongoing offensive against the Iran-allied Houthis to restore Hadi back to power.

U.S. and Saudi coalition officials have determined that the Shiite government of Iran is assisting the Houthis, allowing them to continue waging their terror campaign.

The U.S. considers Iran the world’s leading state-sponsor of terror and one of the top threats facing the United States.

U.S. Secretary of State Mike Pompeo is in charge of making FTO designations.

The U.S. Department of State explains, “FTO designations play a critical role in our fight against terrorism and are an effective means of curtailing support for terrorist activities and pressuring groups to get out of the terrorism business.”

Although the U.S. has not officially designated the group as an FTO, “Houthi extremists” made a list published by DOS of the top five deadliest terrorist groups in the globe in 2016 with 267 attacks that killed 374 people and injured 568 others. Shiite Houthi terrorists came in fifth place after the Islamic State (ISIS/ISIL), the Taliban, the Maoist Communists Party of India, and the al-Qaeda affiliate al-Shabaab, respectively.

The war in Yemen, already the poorest country in the Middle East, has also sparked a historic humanitarian crisis fueled by illness and hunger.

Abdel-Malik al-Houthi, the chief of the Houthi terrorists, on Wednesday declared that he would “never surrender” to the Saudi-backed pro-Hadi forces, Al Jazeera reports.

Consideration of the terrorist designation by the Trump administration comes as the United Nations promotes restarting negotiations between the warring parties in Yemen.

U.S. Defense Secretary Jim Mattis and Secretary of State Mike Pompeo last week called for a stop to the fighting in Yemen.

In recent months, Pompeo and national security adviser John Bolton have pushed the administration’s policy designated to combat Iran and its proxy groups.

The Trump administration recently renewed crippling sanctions on Iran previously suspended under the 2015 nuclear deal with Iran, from which the U.S. president withdrew the United States this year.

“In 2015, the Obama administration placed individual sanctions on the [Houthi] group’s leader,” WaPo notes. “This spring, the Trump administration sanctioned five Iranians who it alleged had helped the Houthis acquire or use ballistic missiles.”