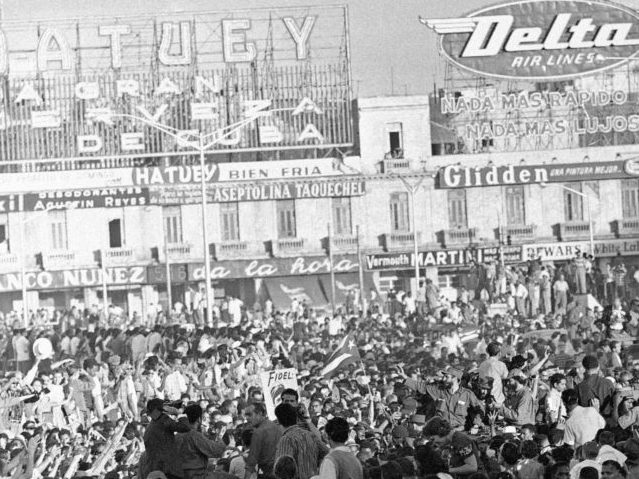 The Trump administration is reportedly considering taking the unprecedented step of allowing American citizens to sue the communist Cuban government for stealing their property on the island in the 1959 revolution, according to a report published late Wednesday.

The McClatchy report, citing unnamed White House sources, precedes a major Latin American policy speech by National Security Advisor John Bolton scheduled for Thursday afternoon in Miami, Florida, the heart of the Cuban-American community. Bolton is expected to detail not just the human rights crimes of the Castro regime but how Cuban officials have co-opted the governments of Venezuela and Nicaragua to bolster their own economic and political influence.

Congress granted Americans who had their property stolen by Fidel Castro in the aftermath of the Cuban Revolution the right to sue the Cuban government in 1996 under the law known as the Helms-Burton Act. The executive branch, typically through the White House or State Department, has blocked lawsuits from going through since the law passed, however, presumably out of fear that the legal action would alienate allies that still do business with Cuba and traffic in the stolen property disputed by the lawsuits. A Helms-Burton provision allows “sue foreign companies with businesses in the U.S. that have also invested in those properties on the island,” McClatchy details.

According to McClatchy, Cuban-American lawmakers Sen. Marco Rubio (R-FL) and Rep. Mario Diaz-Balart (R-FL) have participated in efforts to help empower the American victims of the Cuban revolution. Rubio, in particular, has reportedly pushed for allowing the lawsuits, while both allegedly support returning the power to allow the lawsuits to the White House from the State Department.

The report notes that the United States has certified almost 6,000 property claims against the Castro regime.

Most estimates place the value of American stolen property in Cuba at $8 billion, featuring a variety of assets including farmland, ports, factories, and businesses, but not the value of artifacts stolen from the homes of Cuban exiles and Americans forced to choose between fleeing the country, relegation to labor camps, or the firing squad. As attorney Jason Poblete details in the American Spectator:

As a matter of Cuban law, the 1959 Communist takeover and theft of U.S. and other property was illegal. Indeed, the first official act of the Fidel regime was to cancel the Cuban constitution. For added drama, on that same day, it murdered close to 100 persons associated with the prior government. After destroying rule of law, it went after the Americans and the religious, principally the Catholics, by using property confiscations.

Much like the controversy surrounding Congress permitting lawsuits against the Kingdom of Saudi Arabia for its role in harboring the terrorists behind the September 11, 2001, attacks, those supporting suspending the lawsuits argue that they challenge sovereign immunity, which broadly prevents individuals from suing governments in American courts, though exceptions exist. With the Cuba lawsuits, opponents expressed concern that not only would Cuba be affected, but nations like Canada and European nations with close business ties to the Castro regime would also find themselves defendants for profiting off the stolen property. This was the argument that initially led President Donald Trump to continue extending suspensions on Helms-Burton suits when he came into office.

Concerns today would involve not just foreign companies, but American companies profiting from stolen property, thanks to changes in U.S.-Cuba policy under Barack Obama. Obama’s policy of concessions towards the Castro regime resulted in American cruise lines cutting deals with the Cuban government to be allowed to use their ports and offer stops on the island. The first American cruise ship to dock in Havana, the Carnival Cruise Line “Adonia” ship, docked in May 2016.

The rightful owners of both docks in Havana and eastern Santiago de Cuba have demanded the ability to fight to regain their property, “expropriated” in some cases by Fidel Castro personally in the 1960s. In conversations with Breitbart News, several such owners expressed particular dismay at the reality that American companies can use the property of U.S. citizens stolen by a rogue regime with impunity.

It remains unclear how any lifting of restrictions on Helms-Burton claims would affect American cruise lines. Cuban-American advocacy groups, united under the Assembly of the Cuban Resistance coalition, are planning a large-scale protest in Miami against the cruise lines scheduled to occur in peak vacation season.

The McClatchy report on the lawsuits was published shortly before the aforementioned Bolton remarks. While the text of Bolton’s speech is not available at press time, he is expected to announce a new policy against Cuba and its proxies in Venezuela and Nicaragua.

The United States delegation at the United States has also worked to add amendments to an annual U.N. resolution rejecting the embargo on the communist regime that explicitly condemn Cuba for its decades of flagrant human rights abuses. The U.S. is scheduled to vote on the entire resolution, including the amendments, on Thursday.