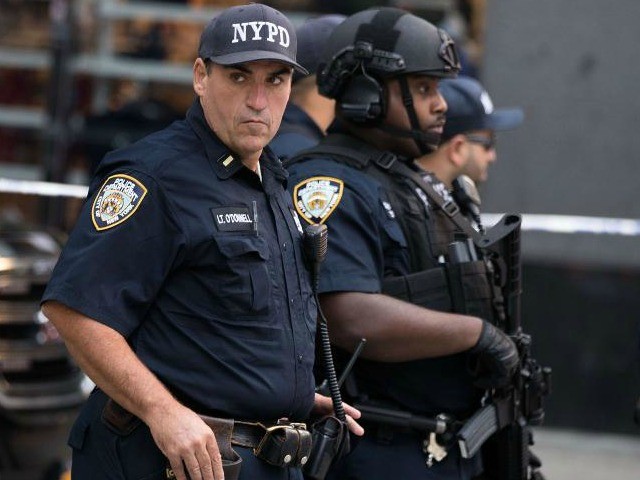 While policing a protest in Lower Manhattan, the Police Benevolent Association (PBA) and the Detectives Endowment Association said three NYPD officers were poisoned with bleach after ordering food and beverages at a nearby Shake Shack.

“Tonight, three of our fellow officers were intentionally poisoned by one or more workers at the Shake Shack at 200 Broadway in Manhattan,” the Detectives Endowment Association confirmed.

This evening, several MOS assigned to a protest detail in lower Manhattan took meal at the Shake Shack location on Broadway and Fulton Street. At some point during their meal period, the MOS discovered that a toxic substance, believed to be bleach, had been placed in their beverages.

“The contamination was not discovered until the MOS had already ingested a portion of their beverages,” Lynch said. “They are currently at the hospital receiving treatment and are expected to recover.”

At Bellevue Hospital, checking in on the police officers whose drinks were apparently poisoned at a lower Manhattan Shake Shack tonight. Also stopping by the scene to update the media. pic.twitter.com/D1sjHx8IsM

The officers, officials with the Detectives Endowment Association said, were “not seriously harmed” and are recovering at the hospital. The PBA is urging NYPD officers to stay in groups and “remain vigilant for the duration of the meal period.”

Shake Shack issued a statement saying they are cooperating in the NYPD’s investigation:

We are horrified by the reports of police officers injured at our 200 Broadway Shack in Manhattan. We are working with the police in their investigation right now.