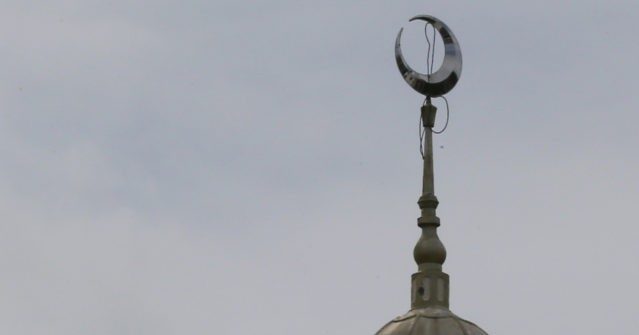 A series of suicide bombings in the Philippines over the last year triggered concerns that the Islamic State’s (ISIS/ISIL) ongoing influence over jihadis in Southeast Asia is driving an “escalation of militancy” in the region, the Agence France-Presse (AFP) news agency reported this week, citing security analysts.

A number of apparent suicide bombings in the Philippines over the past 12 months are a worrying escalation of militancy driven by the influence of the Islamic State in Southeast Asia, security experts say.

If a Filipino is found to have carried out Friday’s bombing, it will mark the first suicide attack by a local.

Although a decades-old Islamist insurgency in the southern Philippines has killed tens of thousands in the Catholic-majority nation, the local terrorist group rarely uses suicide attacks.

Authorities have reportedly accused foreign jihadis of the few suicide bombings that have taken place in the island nation.

“The change [in jihadi tactics] did not come with [Friday’s] bombing, it came with the introduction of a lethal new ideology into the Philippines,” Sidney Jones, a security analyst, told AFP.

She described ISIS as “the game-changer.”

As its “caliphate” crumbled in Iraq and Syria, ISIS has intensified its strategy of absorbing existing Islamic terrorist groups around the globe and claiming their attacks, AFP reports, adding:

Suicide attacks indicate a higher level of commitment to the militant cause, experts say, and are often approved by the central leadership of ISIS, who trade off the media profile the tactic brings.

The group has taken credit for Friday’s blasts, as well as the deaths of over 30 people, killed in two previous attacks believed to be the work of suicide bombers.

“It is an escalation, but it’s also a sign of increased radicalization,” Zachary Abuza, a Southeast Asian security expert at the National War College in Washington, told AFP, referring to the recent suicide attacks in the Philippines.

Late last year, the Center for Strategic and International Studies (CSIS) told the Washington Times that a growing number of “battle-hardened” ISIS-linked foreign fighters were flocking to the Philippines and other countries in Southeast Asia from Iraq and Syria.

In late May, the Pentagon’s inspector general (IG) acknowledged that “300-550” ISIS-linked “fighters divided among at least five factions” remain active in the Philippines, primarily concentrated in the Sulu archipelago within the Muslim-majority Mindanao island region in the southern part of the country.

The IG noted in February that during its peak, the group’s manpower reached 1,000.

Echoing other assessment, the Guardian reported in November 2018 that the growing number of ISIS jihadis in the Philippines was galvanizing local terrorist groups into renewing efforts to establish a caliphate in the region.

“ISIS-Philippines (ISIS-P) remained in a weakened state but still posed a threat to security in the southern Philippines,” the Pentagon’s IG conceded in a report issued in February, which covered the quarter of October 1–December 31, 2018. “ISIS-P neither gained nor lost territory during the quarter.”

Near the end of 2017, the U.S.-backed Filipino military dealt a major blow to the local ISIS branch after it took over the city of Marawi, killing the group’s top two leaders in the country and leaving the jihadi organization without a unified leadership or command structure.

“Several figures are vying to be the designated leader in the region, with top candidates coming from the ISIS-aligned Abu Sayyaf network,” AFP notes.