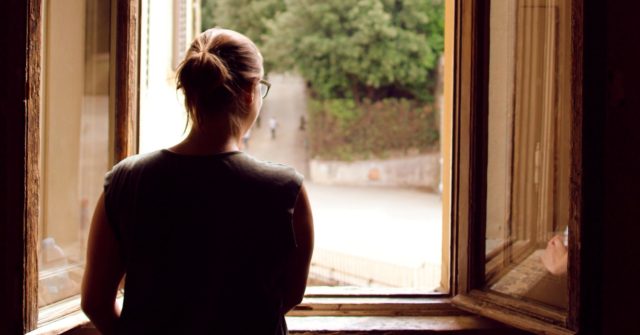 Some left-wing Americans are having trouble emerging from coronavirus lockdowns, according to a new report in the Atlantic.

“Progressive communities have been home to some of the fiercest battles over COVID-19 policies, and some liberal policy makers have left scientific evidence behind,” writes reporter Emma Green, who notes that some ordinary Americans of liberal political persuasions have become so committed to lockdowns that they are having trouble returning to normal life.

To some extent, the difficulty in returning to normal life may simply reflect human nature, and inertia. In Genesis 8:14-17, in the Old Testament, Noah has trouble leaving the Ark despite the end of the Flood. Eventually, God has to tell him to leave.

For those who have been able to work from home, shop from home, and enjoy entertainment at home, the lockdowns are simply a new reality.

Many older Americans, who have been at greater risk during the pandemic, may have adjusted their preferences permanently, and there is some concern that they may never return to using in-person services, even as the economy reopens.

The Wall Street Journal also noted last month that the coronavirus lockdowns have been comforting to some people with anxiety disorders, who struggle with some everyday interactions that are easier to manage in a stay-at-home setting.

But the Atlantic documents a different kind of reluctance — one encouraged by politics:

Lurking among the jubilant Americans venturing back out to bars and planning their summer-wedding travel is a different group: liberals who aren’t quite ready to let go of pandemic restrictions. For this subset, diligence against COVID-19 remains an expression of political identity—even when that means overestimating the disease’s risks or setting limits far more strict than what public-health guidelines permit. In surveys, Democrats express more worry about the pandemic than Republicans do. People who describe themselves as “very liberal” are distinctly anxious. This spring, after the vaccine rollout had started, a third of very liberal people were “very concerned” about becoming seriously ill from COVID-19, compared with a quarter of both liberals and moderates, according to a study conducted by the University of North Carolina political scientist Marc Hetherington. And 43 percent of very liberal respondents believed that getting the coronavirus would have a “very bad” effect on their life, compared with a third of liberals and moderates.

Last year, when the pandemic was raging and scientists and public-health officials were still trying to understand how the virus spread, extreme care was warranted. People all over the country made enormous sacrifices—rescheduling weddings, missing funerals, canceling graduations, avoiding the family members they love—to protect others. Some conservatives refused to wear masks or stay home, because of skepticism about the severity of the disease or a refusal to give up their freedoms. But this is a different story, about progressives who stressed the scientific evidence, and then veered away from it.

For many progressives, extreme vigilance was in part about opposing Donald Trump. Some of this reaction was born of deeply felt frustration with how he handled the pandemic. It could also be knee-jerk.