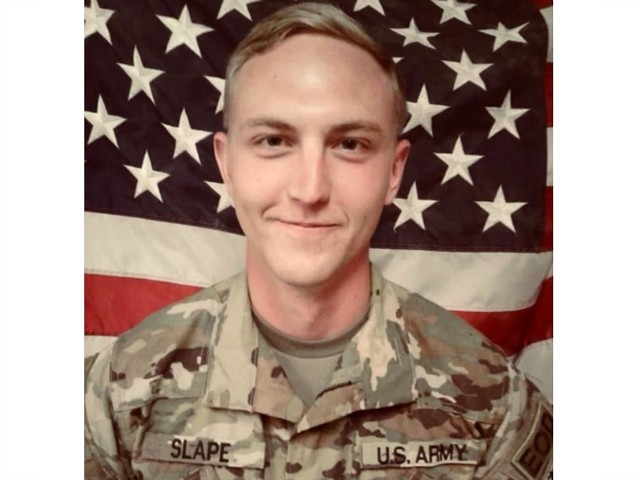 A “series of oversights” led an American military unit in Afghanistan to fall in a trap set up by the Taliban that ended up causing the death of a U.S. Army soldier in the southern Afghan province of Helmand, a known stronghold of the terrorist group, the New York Times (NYT) revealed this week.

On Tuesday, NYT identified the deceased National Guard soldier as Specialist James A. Slape, noting that his death on October 4 “was the result of a series of oversights by a military unit that frequently used a small strip of desert as a patrol route and observation post, prompting Taliban militants to bury explosives nearby, military officials familiar with the matter said.”

American ground units are typically trained to vary their patrol routes and to not repeatedly stop at or use the same places. Why this unit returned to the same observation point multiple times is not clear.

After other American patrols there, the Taliban dotted the ridge with possible antipersonnel mines and improvised explosive devices [IEDs]. The trap appeared to have been recently laid; in late September, another unit from the battalion stopped there and found no buried explosives, though the soldiers reported that they were being watched.

NYT acknowledged that although the U.S. declared its combat mission over at the end of 2014, American troops continue to engage in firefights.

Citing documents it obtained, NYT revealed that Specialist Slape’s unit had “repeatedly requested better equipment and predeployment training but was denied both because of a lack of funding.”

“Some of the equipment included tools often used when clearing buried landmines and improvised bombs,” it added, later conceding, “The decision by the National Guard to deny its soldiers an equivalent level of support was of concern, the officials said. Even so, it is unclear whether this discrepancy contributed to Specialist Slape’s death.”

Lt. Col. Matthew R. DeVivo, a spokesman for the North Carolina National Guard, denied that the military had refused to provide the explosive ordnance disposal unit with the necessary equipment to carry out their duties, indicating that “he was unaware of any requests for more advanced equipment or better training.”

Slape’s fatality brought the number of U.S. service members killed in the war this year alone to eight.

Since the war started in October 2001, the U.S. military has suffered 2,270 fatalities and 20,390 injuries, according to the Pentagon.  The majority of fatalities took place under the previous administration.

U.S. President Donald Trump’s administration, which has intensified efforts to bring the Taliban to the peace negotiation table, inherited chaotic conditions in Afghanistan.

Insurgent IEDs are considered one of the top killers of U.S.-NATO troops, Afghan forces, and civilians.

Helmand, the top opium-producing province in Afghanistan, is one of the deadliest regions in the country.

Afghanistan is the world’s top supplier of opium and its heroin derivative, which serve as the primary sources of income for the Taliban.