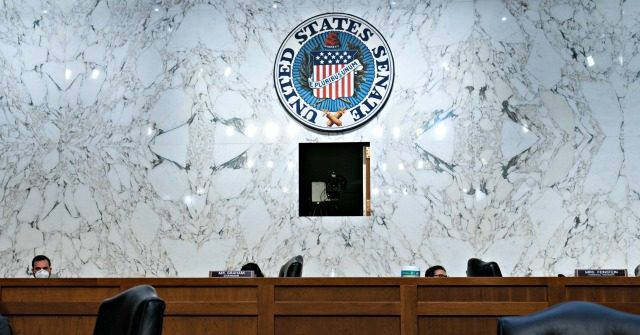 Senate Judiciary Committee Democrats will boycott the committee vote on Amy Coney Barrett’s nomination to the Supreme Court, scheduled for Thursday, according to a report.

The report comes one day after Senate Majority Leader Mitch McConnell (R-KY) announced that the full Senate will vote next Monday, October 26, to confirm Barrett to the Supreme Court.

“We will be voting to confirm Justice-to-be Barrett next Monday and I think that will be another signature accomplishment in our effort to put on the courts, the federal courts, men and women who believe in a quaint notion that the job of a judge is to actually follow the law,” the Kentucky Republican told reporters following the Senate Republicans’ weekly lunch.

McConnell’s announcement comes after affirmed that he has secured enough votes to confirm Barrett to the nation’s highest Court.

With a 53-47 Republican majority, and just two GOP senators opposed, Trump’s nominee is on a glide path to confirmation that will seal a conservative hold on the court for years to come.

McConnell said Monday that Barrett demonstrated over several days of public hearings the “sheer intellectual horsepower that the American people deserve to have on the Supreme Court.”

Without the votes to stop Barrett’s ascent, Democrats have few options left. They are searching for two more GOP senators to break ranks and halt confirmation, but that seems unlikely. Never before as a court nominee been voted on so close to a presidential election.