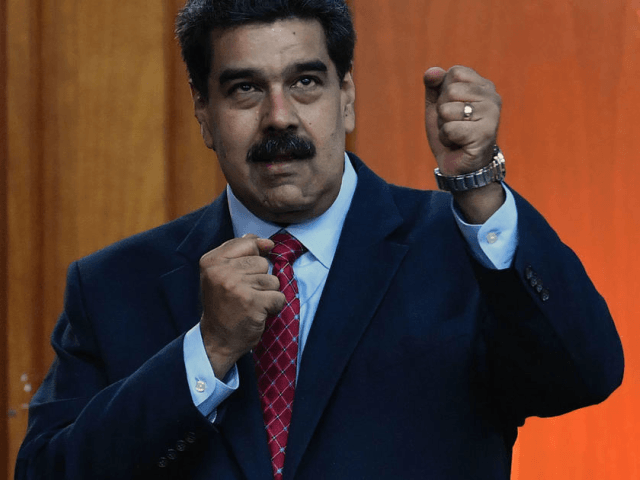 Russian officials are growing concerned Venezuelan dictator Nicolás Maduro will not be able to keep power as the international community recognizes the legitimacy of President Juan Guaidó, the Moscow Times reported Wednesday.

According to Kremlin sources who spoke with the newspaper, Russia has not yet withdrawn its support for the Maduro regime, but now “increasingly recognizes that the disastrous state of Venezuela’s economy is inexorably draining what remains of his public support.”

After 20 years of socialist governance under Hugo Chávez and his successor Maduro, Venezuela is now the world’s worst-performing economy, leaving the oil-rich nation in a state of humanitarian crisis that has led to three million people leaving the country since 2015.

The sources also noted “the army’s reluctance to crack down on its own citizens limits [Maduro’s] ability to use force to crush the challenge to his rule,” suggesting Moscow would prefer that the military stepped up the use of their repressive apparatus. In recent years, Venezuela has operated as a military dictatorship led by Chavista loyalists and Cuban Communist Party agents. The latest round of protests triggered by Guaidó’s inauguration has already taken at least 40 lives and placed nearly a thousand dissidents in prison.

The military has seen a growing number of defections in recent weeks, as Guaidó continues to urge them to abandon their loyalty to the regime with the promise of amnesty and a role in rebuilding the country. Last week, a senior air force general became the latest high-ranking military member to renounce his support for Maduro, declaring that “90 percent of the Bolivarian National Armed Forces are not with the dictator, [but] with the people of Venezuela.”

“Today Maduro is in control of the country but with every day he has less leverage as his legitimacy is contested,’’ Dmitry Rozental, an expert on Venezuela at Moscow’s state-funded Institute for Latin American Studies, told the Times. “His chances of hanging on to power are fading.”

Relations between Caracas and Moscow have strengthened considerably over the past year. Russian President Vladimir Putin agreed to a range of generous deals of financial and military support in exchange for oil shipments and extending his influence across Latin America. Moscow has also been a fierce advocate of Maduro against the imposition of U.S. sanctions.

“The legal leadership of Venezuela has already described these sanctions as illegal. We can fully join this point of view,” Kremlin spokesman Dmitry Peskov said in response to the recent round of U.S. sanctions against the Venezuelan oil company PDSVA. “We do not consider this to be right; we consider it most often to be the manifestations of unfair competition. In this case, this is a continued line on undisguised interference in the internal affairs of Venezuela,”