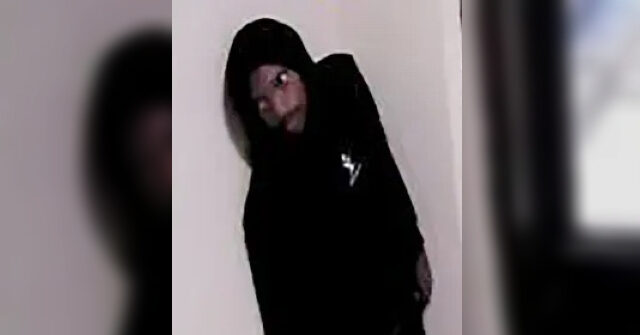 The man who allegedly raped a young relative got a “sweetheart” plea deal from Manhattan District Attorney Alvin Bragg and is now accused of victimizing more people.

The suspect allegedly targeted five others in the Bronx a month after the deal was made, the New York Post reported Thursday.

“Justin Washington, 25, was promised a plum 30-day jail sentence, along with five years of probation, after he agreed in August to plead down to a charge of coercion in his Manhattan rape case,” the outlet said.

But prior to sentencing this week, he was accused of attacking four women and a man near the Bronx homeless shelter where he was staying.

Prosecutors later reconsidered the sentence recommended with his plea deal.

Washington first landed behind bars on February 23, after a teenage relative told police he raped her while the two were watching television together in East Harlem, law enforcement sources said.

He was hit with charges of first-degree rape, first-degree sexual abuse and forcible touching and thrown in jail on a measly $25,000 cash bail or $50,000 bond — despite prosecutors asking a judge to set a $100,000 bail in connection with the case.

However, Washington’s charges were later reduced to third-degree rape due to insufficient evidence. He was freed once his bail was cut to $12,000.

On September 15, the suspect allegedly went on a crime spree. In one instance, he reportedly got into a woman’s apartment and tried rape her. He allegedly masturbated on top of her then asked for a dollar.

He was later found and slapped with charges that included attempted rape. In addition, a $50,000 cash bail was set and the suspect was returned to Rikers Island.

Per the Post article, a grand jury was scheduled to hear the case in the next few days.

In January, Bragg announced his office would not pursue pre-trial detention or prison sentences for crimes other than homicide, public corruption, and other exceptional cases, according to Breitbart News:

Bragg was elected in November 2021 with indirect backing from left-wing billionaire George Soros, who gave $1 million to the Color of Change PAC, which spent to elect Bragg.

Soros has spent millions in recent local prosecutorial elections, often backing left-wing radicals against incumbent or moderate Democrats. His involvement has coincided with a massive rise in violent crimes in Democrat-run cities.

“I will FIRE Alvin Bragg immediately upon taking office as New York’s next Governor in January,” Zeldin wrote in a social media post:

I will FIRE Alvin Bragg immediately upon taking office as New York’s next Governor in January!

In July, Bragg defended releasing without bail a teenage suspect who was seen assaulting a New York City Police Department (NYPD) officer, according to Breitbart News.

This individual has been RELEASED ‍♂️

Lynch: “If New Yorkers want to know why the chaos in the transit system is not improving more quickly — this is why. The criminals underground know they can get in a brawl, choke a cop and be back out in hours…” 1/2
pic.twitter.com/w1vvHOWHyx

“The suspect had been freed without bail for beating a stranger in a violent robbery just three days before the attack thanks to New York’s ‘No Bail’ law, first imposed by former Gov. Andrew Cuomo (D) and supported by sitting Gov. Kathy Hochul (D),” the outlet said.