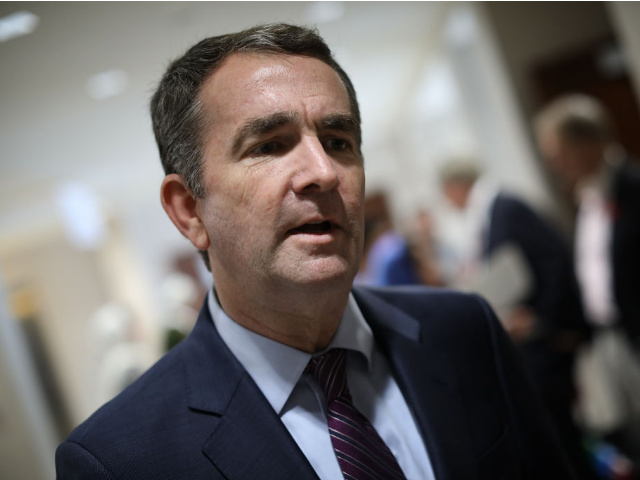 Embattled Governor Ralph Northam (D-VA) is counting on the establishment media to save him from having to resign, reports the National Journal’s Josh Kraushaar.

In a follow up tweet, Kraushaar quoted a Democrat operative who is also counting on the media losing interested in the story: “I suspect this is out of the national news… by the middle of next week.”

“I suspect this is out of the national news… by the middle of next week,” the Dem operative said.

That is a pretty safe bet, actually.

At this point, the establishment media have two choices: They can keep the story alive in the hopes of forcing a resignation, but in doing so the ongoing damage to the Democrat Party as a whole will continue and there is no guarantee Northam will resign. Or the media can save the Democrat Party from further damage by moving on as quickly as possible — like the breaking news about Trump increasing his ice cream order to three scoops.

The best of all worlds for the media, of course, would have been Northam’s quick resignation. Get him out of there so Democrats can continue to pretend they hold the moral high ground on racial issues, which is important to a party (and media) that intends to use a relentless campaign of racial demagoguery against President Trump in 2020.

Without Northam’s quick resignation, though, the media are stuck between the proverbial rock and hard place.

So while the media might try to move along in the hopes America forgets about Governor Blackface, the scandal still has all kinds of threads left to pull on, threads that could be potentially fatal to Northam.

Before we go any further, let me stop here and say the following: If Northam told the full truth at his Saturday news conference, if that is not him in the blackface/KKK photo, if he had nothing to do with including it in his yearbook, if he never saw the yearbook, if he doesn’t know where the nickname “Coonman” came from, and if all he is guilty of is a misguided Michael Jackson impersonation 35 years ago, he should NOT resign. He should hold his ground.

The idea that a 59-year-old man should end a lifelong career in disgrace over some shoe polish and moon walking 35 years ago, is nuts. I’m not defending a white guy blacking up. But intent matters and a misguided Michael Jackson impersonation is miles away from that disgraceful yearbook photo and miles away from choosing that photo be a part of your yearbook. However…

This story still needs to be chased down.

Unless they are public figures, we don’t need to know who is in the blackface/KKK photo. Let’s not make this a witch hunt against private citizens, but… Is that Northam or not? Considering the effort the media put into tracking down Brett Kavanaugh throwing a little ice 35 years ago, there is no reason this question can’t be answered.

We also need to know if Northam is telling the truth about not selecting the photo (regardless of who is in it) for his own yearbook page. According to the far-left Washington Post, a student who attended the same medical school at the same time as Northam said, “Eastern Virginia Medical School allowed students to pick their own photos for their yearbook page.”

What’s more, Northam arguing that is not him the photo and that he did not choose the photo for his yearbook, sounds ridiculous when you look at his actual yearbook page.

The page is dedicated to photos of Northam, and most of them look as though Northman would have had to submit them from a private collection. They are not photos of him at school caught by a shool photographer.

And my understanding about yearbooks is that if you don’t submit a photo(s) or quote, you are not included in a formal way. Inclusion requires participation and if we are to believe Northam, he was given a full yearbook spread of his own without his participation? And how in the world did a photo that is not him end up on his page? Where did the quote come from? Where did the three photos we know are of  him come from?

Yes, there is all kinds of hot information to chase down here, but doing so means the scandal rolls on, doing so makes it awfully difficult to smear Trump as a racist over nonsense when the media’s own governor is a Democrat and appears to be the kind of guy who went to the drive-in with his college buddies to boo the Gene Hackman character in Mississippi Burning.