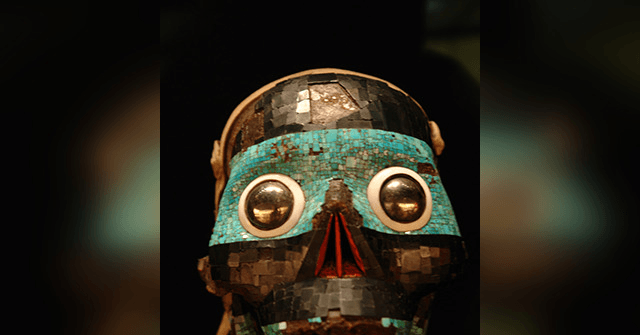 An ethnic studies curriculum proposed for California schools includes a script for chants to ancient Aztec gods of human sacrifice and war, according to a report.

Christopher F. Rufo, a contributing editor with City Journal and director of the Discovery Institute’s Center on Wealth and Poverty, writes:

The new program, called the Ethnic Studies Model Curriculum, seeks to extend the Left’s cultural dominance of California’s public university system, 50 years in the making, to the state’s entire primary and secondary education system, which consists of 10,000 public schools serving a total of 6 million students.

The proposed curriculum is available for public review and comment before the state’s board of education votes on its approval next week.

The essay does not associate the curriculum with current events, but Rufo’s talking points seem like scripts from Antifa riots around the country last summer where references to systemic racism, white supremacy, and misogyny were commonplace.

In theoretical terms, the new ethnic studies curriculum is based on the “pedagogy of the oppressed,” developed by Marxist theoretician Paolo Freire, who argued that students must be educated about their oppression in order to attain “critical consciousness” and, consequently, develop the capacity to overthrow their oppressors. Following this dialectic, the model curriculum instructs teachers to help students “challenge racist, bigoted, discriminatory, imperialist/colonial beliefs” and critique “white supremacy, racism and other forms of power and oppression.” This approach, in turn, enables teachers to inspire their pupils to participate in “social movements that struggle for social justice” and “build new possibilities for a post-racist, post-systemic racism society.”

R. Tolteka Cuauhtin, the original co-chair of the Ethnic Studies Model Curriculum, developed much of the material regarding early American history. In his book Rethinking Ethnic Studies, which is cited throughout the curriculum, Cuauhtin argues that the United States was founded on a “Eurocentric, white supremacist (racist, anti-Black, anti-Indigenous), capitalist (classist), patriarchal (sexist and misogynistic), heteropatriarchal (homophobic), and anthropocentric paradigm brought from Europe.” The document claims that whites began “grabbing the land,” “hatching hierarchies,” and “developing for Europe/whiteness,” which created “excess wealth” that “became the basis for the capitalist economy.” Whites established a “hegemony” that continues to the present day, in which minorities are subjected to “socialization, domestication, and ‘zombification.’”

The religious narrative is even more disturbing. Cuauhtin developed a related “mandala” claiming that white Christians committed “theocide” against indigenous tribes, killing their gods and replacing them with Christianity. White settlers thus established a regime of “coloniality, dehumanization, and genocide,” characterized by the “explicit erasure and replacement of holistic Indigeneity and humanity.” The solution, according to Cuauhtin and the ethnic studies curriculum, is to “name, speak to, resist, and transform the hegemonic Eurocentric neocolonial condition” in a posture of “transformational resistance.” The ultimate goal is to “decolonize” American society and establish a new regime of “countergenocide” and “counterhegemony,” which will displace white Christian culture and lead to the “regeneration of indigenous epistemic and cultural futurity.”

Rufo reveals part of the curriculum includes teachers leading students in chants to Aztec gods — including Tezkatlipoka, the god of cannibalism and human sacrifice — asking them to grant the speakers power to be social justice warriors.

The chant ends, Rufo says, “with a request for ‘liberation, transformation, [and] decolonization,’ after which students shout ‘Panche beh! Panche beh!’ in pursuit of ultimate ‘critical consciousness.’”

It’s clear the curriculum intends to replace the Christian God and its extension of white supremacy with indigenous gods, Rufo argues.

“It is, in a philosophical sense, a revenge of the gods,” he writes.

Rufo says parents in California should be concerned about this effort to turn academia into “factories for left-wing political activism.”

He predicts school officials, given the politics in California, will pass the new curriculum when it votes next week. And it won’t be easy undo it, Rufo warns.

“The best hope for opponents is to strike out some of the most galling material, such as the chants to the Aztec gods, and then devise a long-term strategy to push back against the public education establishment,” he concludes.