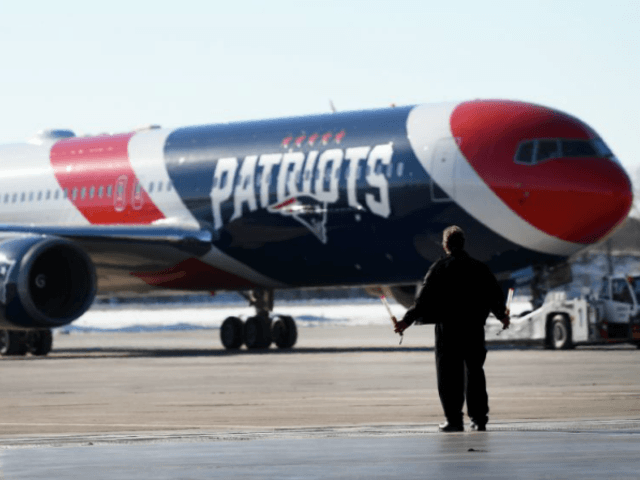 The New England Patriots are planning to fly the team to Kansas City for its Monday Night Football game in two planes, out of caution due to Wuhan flu worries.

One plane will contain the twenty or so team members who have had some contact with Cam Newton, the Patriot’s star quarterback who recently tested positive for the coronavirus, according to ProfootballTalk.

After Newton tested positive over the weekend, the NFL scrubbed the Sunday matchup between the Kansas City Chiefs and the Patriots and rescheduled the game for Monday night. The match up will now be played as part of an NFL doubleheader.

It turns out, the Chiefs also had a positive test. Chiefs practice squad quarterback Jordan Ta’amu tested positive on Saturday.

Now, with the rescheduling of the game, the 20 members of the Patriots that had recent contact with quarterback Newton will be isolated on their own plane to give them the longest amount of time apart ahead of further testing before Monday evening’s game.

The second Patriots plane will ferry the rest of the road party.

This is not the first time the Patriots have used their two-plane fleet to address the spread of a virus. Last year they did the same thing when several team members contracted the flu.