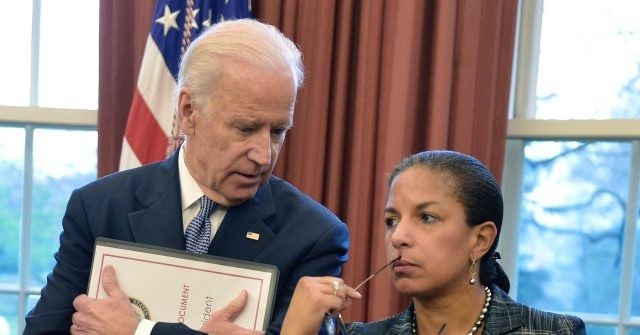 A number of former Obama administration officials are reportedly being considered for jobs under the mantle of “diversity” if Democrat presidential candidate Joe Biden wins on November 3.

A report by Axios details a list of Washington, D.C. beltway leftists who worked in the Obama White House that are already being considered for jobs with Biden, mostly to fulfill a commitment that his administration would be filled with women and minority staffers.

Rice is most well-known for her role in falsely claiming that a planned terrorist attack on the American embassy in Benghazi, Libya, was the result of an anti-Islamic internet video. Four Americans were murdered in the attack, including U.S. Ambassador J. Christopher Stevens, Sean Smith, Tyrone Woods, and Glen Doherty.

The options are being labeled as a feat for diversity. Biden’s campaign spokesman told Axios that “Joe Biden is running a campaign that mirrors our diversity as a nation.”

Rumors of former Obama officials being considered for jobs in a Biden White House come as the former vice president is reportedly calling up President Obama, himself, to ask for his help on the campaign trail with less than three weeks to go before the election.