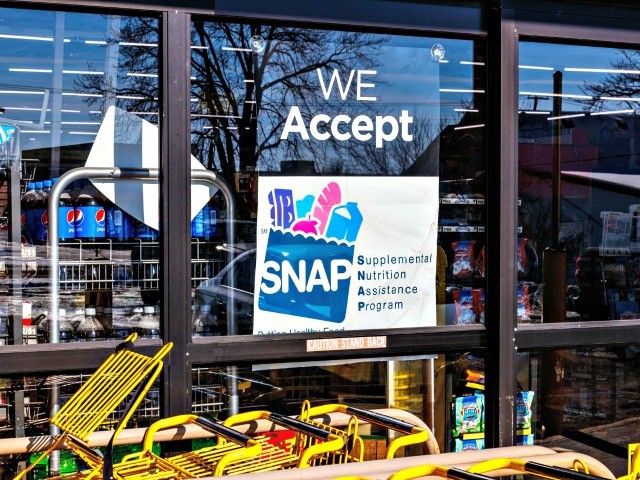 The Obama administration approved more than 71,000 retailers to accept Supplemental Nutrition Assistance Program (SNAP) benefits but did not require many of these retailers to undergo background checks, according to a recent report from the Government Accountability Institute (GAI).

The report from GAI, where Breitbart News Senior-Editor-at-Large Peter Schweizer serves as president, found that the Obama administration approved 71,471 retailers between 2008 and 2012 who applied for the first time to become authorized SNAP retailers— but did not require the applicants to undergo background checks.

A 2012 U.S. Department of Agriculture (USDA) annual report on SNAP retailers showed that the number of authorized SNAP retailers grew from 175,094 in 2008 to 246,565 in 2012— a 41 percent increase during the time period leading up to 2013 when SNAP enrollment reached its highest recorded level since the welfare program’s inception.

But a July 2013 audit from the USDA Office of the Inspector General (OIG) explaining the increase in authorized SNAP retailers stated that the USDA “does not require retailers to undergo self-initiated criminal background checks” and does not conduct background checks on store owners applying to be eligible to accept SNAP benefits due to federal regulations.

The OIG audit also found that the Obama USDA did not have “clear procedures and guidance” to address or prevent food stamp fraud among business owners.

The audit also highlighted that the Obama USDA was not using its resources to address instances of fraud, yet it approved authorized SNAP retailers in record numbers, according to the GAI report.

After presenting the shocking results of the audit, the OIG recommended the USDA implement background checks as part of its SNAP retailer onboarding process and increase oversight over approved retailers to combat instances of fraud.