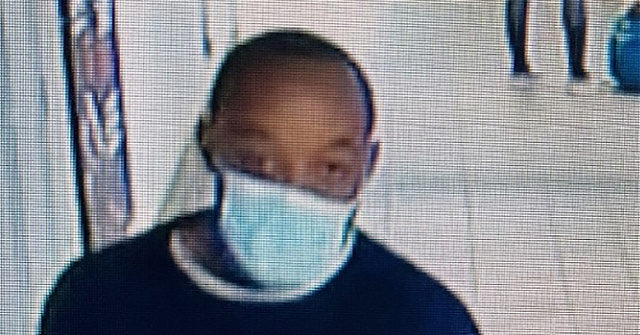 A Queens man who has tallied 44 arrests in his life was charged Thursday for the brutal November mugging of a Thai woman, which took place on a subway platform in Manhattan, according to reports.

The subway attack occurred around 4:30 a.m. on November 22 as 23-year-old Bew Jirajariyawetch waited for a Queens-bound train on the uptown D platform at the Herald Square station.

Surveillance video of the attack appears to show the assailant grabbing Jirajariyawetch from behind and dragging her before throwing her to the ground and punching her in the face four times. Authorities say he allegedly made off with her purse and touched her nether region, according to the Post.

“I’m just glad that I’m still alive,” Jirajariyawetch told the Post at the time. She moved to New York to pursue modeling and learn English. The attack came just three months after the move, WABC reports.

Hours after the subway attack, Douglas allegedly opened a 34-year-old woman’s door in Jamaica, Queens, and socked her in the face, the Post reports, citing sources and records. He had been jailed at Rikers since and was charged for his alleged attack on Jirajariyawetch at Central Booking in Manhattan on Thursday. Douglas has been arrested 44 times over the past 25 years and was reportedly arrested 16 times on May 13, 2019, alone, sources told the outlet. Circumstances surrounding the May 13 arrests are not clear.

Jirajariyawetch spoke to the Post on Saturday regarding the arrest.

“Nothing can change what happened to me but I am happy to know he can not do this to someone else,” she said.

Eric Parnes, the victim’s lawyer, said the arrest symbolizes hope for victims whose perpetrators are still on the loose:

Although this took an incredible amount of pressure and time to lead to an arrest, it does show that when the police and prosecutors are allowed to do their job without illogical restraints people can have some sense of hope that things can be better.

His bail was set at $75,000 during his arraignment, and his next day in court is scheduled for April 11, the Post reports.

Douglas’s arrest comes as 2022 crime rates in the Big Apple are outpacing those last year’s. Felony assaults are up 13 percent from the beginning of the year through February 6 in comparison to the same period in 2021, according to the NYPD’s crime statistics. Misdemeanor assaults have increased by a staggering 35.1 percent over the same period. Moreover, robberies are up 43.2 percent, and burglaries have jumped 38.7 percent. Transit crimes have increased by a shocking 74.6 percent.