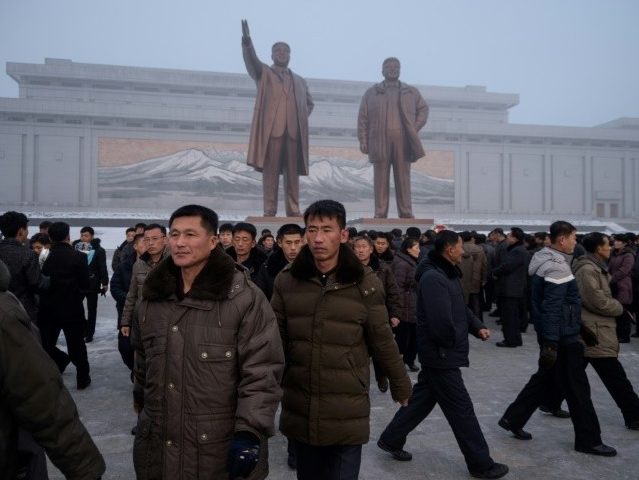 The South Korean newspaper Chosun Ilbo identified in a report Tuesday a flood of North Korean propaganda videos appearing on YouTube, over a year since the site censored the country’s official channels.

The YouTube channel RedStar TV has reportedly uploaded over 1,600 videos to its 12,300 subscribers, including live broadcasts from the state propaganda channel Korean Central TV and ten-minute highlights of their coverage. The channel allegedly takes donations via a web service known as WebMoney, believed to have been developed in Russia, with payments available in Russian rubles, Euros, U.S. dollars, and Bitcoin.

Chosun Ilbo identified other channels such as DPRK Today and DPRK Now entirely devoted to promoting North Korea as an utopia. The videos are popular; one video about late communist dictator Kim Il-sung amassed over ten million views at press time.

According to Chosun Ilbo, the videos reportedly serve as a way for North Korean propaganda to reach audiences in South Korea, where North Korean websites are blocked. Google, the company that owns YouTube, did not respond to comment from Breitbart News on the ethical questions surrounding this use of their services.

YouTube complies with all applicable sanctions and trade compliance laws – including with respect to content created and uploaded by restricted entities. If we find that an account violates our Terms of Service or Community Guidelines, we disable it.

“North Korea is a country with thermonuclear weapons sitting on ICBMs [intercontinental ballistic missiles] that can reach the United States. It is really important to understand them even if we don’t like them,” arms expert Jeffrey Lewis said at the time. “That starts by analyzing their propaganda. Even though it’s tendentious, you can learn a lot about a country from the lies they tell.”

“North Korea uses YouTube as a primary distribution network for its propaganda,” he continued. “Often you don’t know something is important until later, so having all that information available and searchable was incredibly valuable.”

In 2013, the company also came under criticism after former CEO Eric Schmidt visited a computer lab at Kim Il Sung University in Pyongyang, despite the fact practically no North Koreans have access to the internet or Google services. Instead, citizens are allowed onto an internal intranet, which provides selected information where information is strictly controlled.