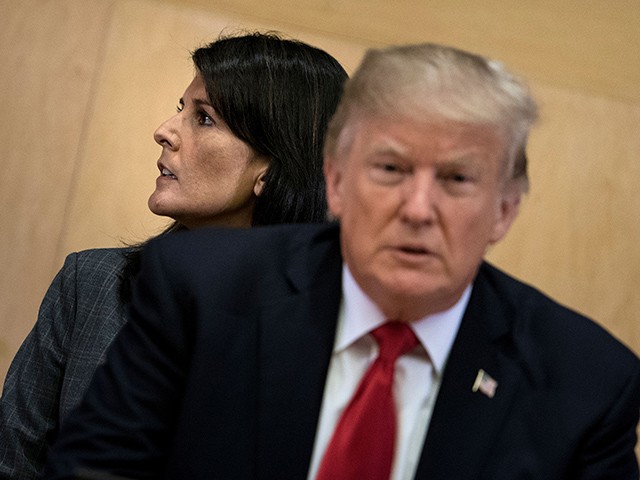 A breaking news report claims that Nikki Haley is resigning from President Donald Trump’s administration and will no longer serve as U.S. Ambassador to the United Nations — though the exact date of her supposed departure is not known.

The report comes from Axios, which mistakenly promoted a similar “scoop” weeks ago — reporting that Deputy Attorney General Rod Rosenstein had offered his resignation to White House Chief of Staff John Kelly. Rosenstein has since met with the president and still serves in the Department of Justice. Reporter Jonathan Swan now claims that President Trump “has accepted” Haley’s resignation.

Moments after the report’s release, President Trump announced he and Haley will make a “big announcement” inside the Oval Office at 10:30 a.m.

Big announcement with my friend Ambassador Nikki Haley in the Oval Office at 10:30am.