According to a report, the Las Vegas police delayed a felony arrest of Saints player Alvin Kamara so that he could play in the Pro Bowl.

Sources told TMZ Sports that the Las Vegas Police Department reached “an agreement” with NFL security officials to allow Kamara to play before any arrest is made.

“We got in touch with NFL security about 10 a.m. and let them know that [Kamara] was a suspect in the case, and they located him, and he was already on the field,” Assistant Sheriff John McGrath told the Nevada Current, TMZ added.

“So they contacted him, and he agreed to meet with us after the game. And so that’s just the way we did it since he was cooperating,” McGrath said. 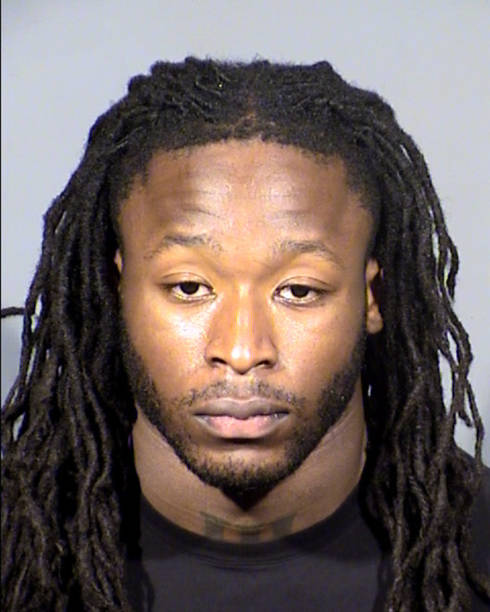 LAS VEGAS, NEVADA: (EDITORS NOTE: Best quality available) In this handout photo provided by the Las Vegas Metropolitan Police Department on February 6, 2022, New Orleans Saints running back Alvin Kamara is seen in a police booking photo after his arrest at Allegiant Stadium following 2022 the NFL Pro Bowl on one felony count of battery resulting in substantial bodily harm after an incident at Drai’s After Hours club at The Cromwell Las Vegas on February 5th in Las Vegas, Nevada. (Photo by Las Vegas Metropolitan Police Department via Getty Images)

After the game, officers arrested Kamara and charged him with battery in connection with an altercation in a nightclub on the Vegas strip. 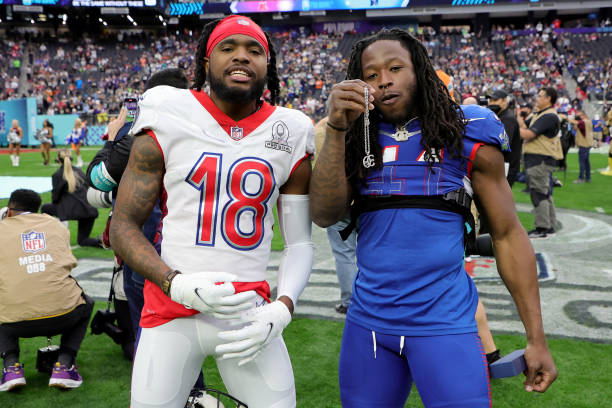 LAS VEGAS, NEVADA – FEBRUARY 06: Diontae Johnson #18 of the Pittsburgh Steelers and Alvin Kamara #41 of the New Orleans Saints pose on the field as Kamara gives Johnson a chain before the 2022 NFL Pro Bowl at Allegiant Stadium on February 06, 2022, in Las Vegas, Nevada. (Photo by Ethan Miller/Getty Images)

The 26-year-old player was taken into custody without incident.

According to a police report, officers were called to a Vegas hospital just before 6 p.m. on Feb. 5. Police discovered that Kamara was accused of assaulting a patron of a nightclub.

Prosecutors have not released the name of the alleged victim or any details of the incident of which Kamara stands accused.