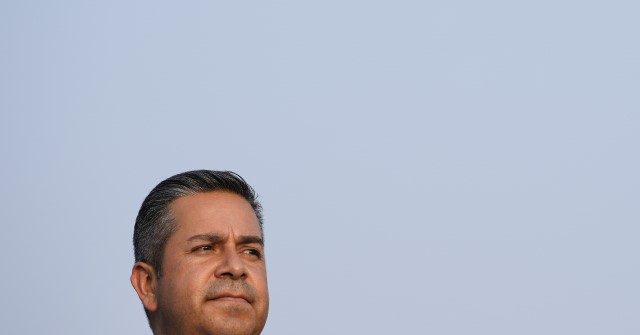 Foundation for Open Government (FOG), a government transparency group in New Mexico, is urging Sen. Ben Ray Luján (D-NM), or his staff, to give an update on his health following a stroke two weeks ago.

The group slammed Luján for the lack of updates on his health. Axios reported that the senator’s lack of transparency has made Democrats in the state nervous, leaving his constituents “confused and concerned” about the future of his seat and the razor-thin 50-50 margin in the Senate.

In a statement released on Tuesday, FOG stated that the group, along with the senator’s friends and constituents, “respect the family’s wishes for privacy during this stressful time,” but noted that “a balance must be struck between that privacy and the public’s right to know.”

“Sen. Luján’s absence from the Senate is an issue of great public importance, particularly with a U.S. Supreme Court appointment on the horizon,” the letter stated. The group said that the senator’s staff and doctor should be giving daily updates about his progress and recovery.

Last week, the senator’s chief of staff, Carlos Sanchez, said that Luján checked himself into the University of New Mexico Hospital in Albuquerque. His doctors determined he had a stroke. No timetable was released for when the senator would be ready to return to work in Washington, DC.

Axios noted that “his office has given few updates since,” and his spokeswoman, Katherine Schneider, did not return the publication’s call or email.

Steven Mintz, an ethics professor emeritus at Cal Poly San Luis Obispo, told Axios that the senator has an “obligation” to update the public on his ability to work.

“Whether it’s two months, four months, six months, there’s no guarantee he’ll be 100% capacity in terms of how sharp he will be, his ability to be involved in discussions, for example, on Supreme Court nominees,” Mintz said.

Additionally, David Beyda, chair of the bioethics and medical humanism department at the University of Arizona, told Axios that Luján’s office should be giving updates, not the physician.