House Speaker Nancy Pelosi plans to attend a party with some of the top stars in the music industry prior to the Grammy awards, according to a report.

Music mogul Clive Davis will host the party, typically held prior to the annual award ceremony. Tables at the party are going for up to $100,000, according to the New York Post.

A long list of celebrities, including Jamie Foxx, Post Malone, Diplo, Alice Cooper, Marc Anthony, Berry Gordy, and Smokey Robinson are all expected to attend the high-profile bash.
Nancy Pelosi, to be clear, is no stranger to star-studded events with the music elite. But her renewed status as Speaker of the House and her role as the primary political force against President Donald Trump will bring more attention to the event. 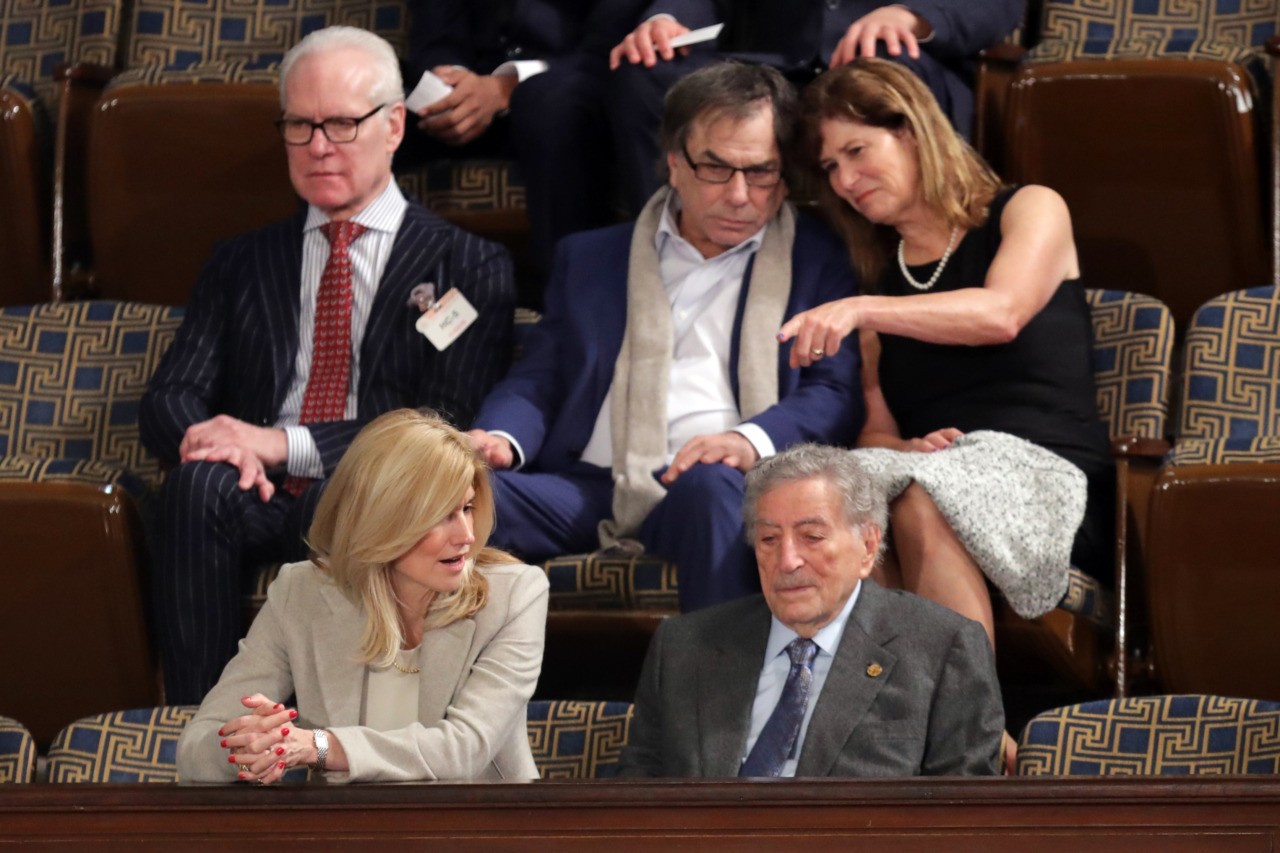 Fashion consultant Tim Gunn (Top-L) sits with musician Mickey Hart (C) along with Singer Tony Bennett (Bottom-R) and his wife Susan, await the start of the first session of the 116th Congress at the U.S. Capitol January 03, 2019 in Washington, DC. (Chip Somodevilla/Getty Images)