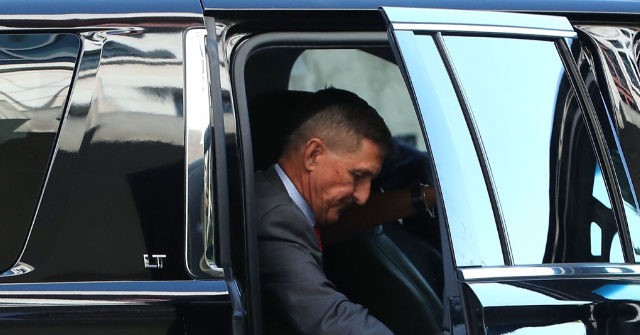 The revelation, by a source close to the former Defense Intelligence Agency director about his exorbitant costs from hiring veteran Washington lawyers Robert Kelner and Stephen Anthony, came only hours after Attorney General William Barr informed Congress that Mueller found no prosecutable evidence of anyone in Trump’s 2016 presidential campaign — including Flynn — colluding with Russian agents.

Flynn has in part relied on the Michael T. Flynn Legal Defense Fund, established by family and friends of the retired army man, to help cover his mounting legal bills. A source told ABC News in February 2018 that Flynn would not accept support from the Patriot Legal Expense Fund, which was set up with Trump’s campaign funds to help his White House and campaign officials cover their legal bills related to the Mueller investigation. “General Flynn early on made a decision not to accept funds from President Trump, the Trump Organization, or the campaign, and has not accepted any funds from them,” the unnamed source said at the time. “And he does not expect to accept any funds from the new entity.”

Reports of Flynn’s crushing legal bills come one day after the Department of Justice announced that the special counsel did not find evidence that Trump’s presidential campaign “conspired or coordinated” with the Russian government in the 2016 presidential election. The major development set off speculation that Flynn could receive a pardon from the president; however, White House press secretary Sarah Sanders said Monday that it was too early to discuss pardons.

Meanwhile, Flynn has been cooperating with prosecutors in Virginia in an ongoing case against two former business associates accused of illegally lobbying for Turkey. That case is scheduled for trial in July, and because of Flynn’s continued cooperation, his lawyers recently asked in a court filing to be able to submit another status report in 90 days.

Flynn was supposed to be sentenced last December for lying to the FBI about his conversations with the Russian ambassador to the United States. However, after the judge appeared poised to send him to prison, Flynn’s lawyers asked for a postponement so he could continue cooperating with investigators and earn credit toward a lighter sentence.