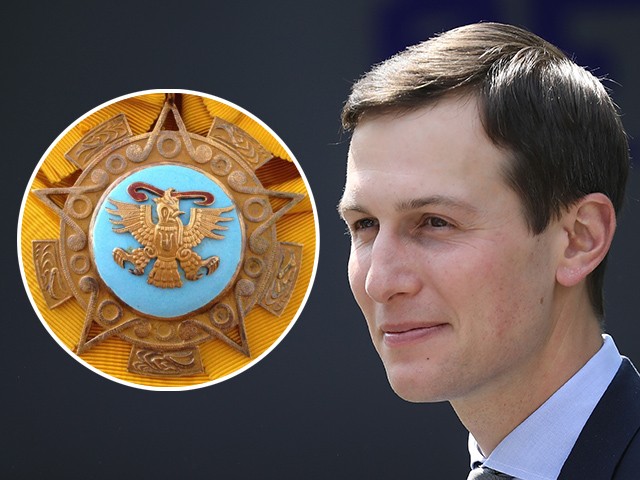 Senior White House advisor Jared Kushner will receive Mexico’s highest honor for foreigners, the Order of the Aztec Eagle, according to a report.

Walt Disney, Fidel Castro, and Bill and Melinda Gates are past recipients of the Order of the Aztec Eagle.

“First, the president’s key advisor and my good friend Jared Kushner was my partner in leading the U.S. negotiating team,” Lighthizer said. “I’ve said before and I’ll say again, this agreement would not have happened if it wasn’t for Jared. So thank you very much.”