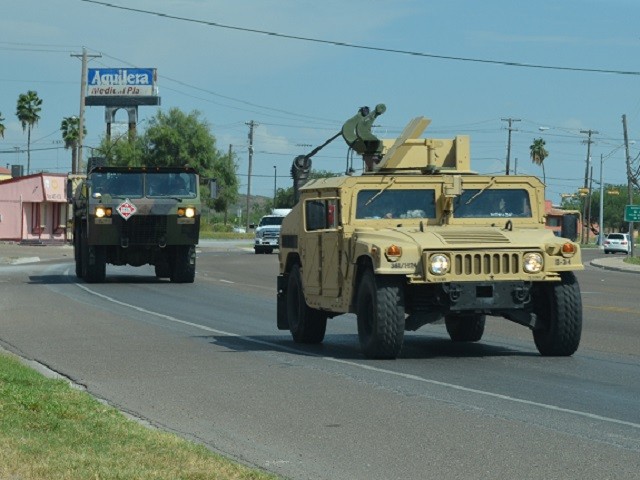 News reports claim that Secretary of Defense James Mattis will order an additional 800 troops to the U.S. border with Mexico in response to the new migrant caravan.

CNN and the Associated Press reported on Thursday that Defense Secretary James Mattis could order additional troops to the southern U.S. border as early as this week. CNN claims that officials said the final details on the deployment orders are being worked out. It is not clear if these will be additional National Guard troops or active duty military, the article states.

President Donald Trump hinted at the military response to the Central American caravan in a tweet on Thursday where he said, “I am bringing out the military for this National Emergency. They will be stopped!”

Brandon Judd of the National Border Patrol Council is right when he says on @foxandfriends that the Democrat inspired laws make it tough for us to stop people at the Border. MUST BE CHANDED, but I am bringing out the military for this National Emergency. They will be stopped!

The Associated Press broke the news of the possible deployment of 800 troops in a tweet Thursday morning:

The Department of Defense announced that Secretary Mattis is traveling to Europe on Thursday to attend a conference on regional security. It is not clear when a formal announcement of the deployment will be made.

CNN claims the additional troops will be in place next week.

Editor’s Note: This is a developing story. The article will be updated as more information becomes available.