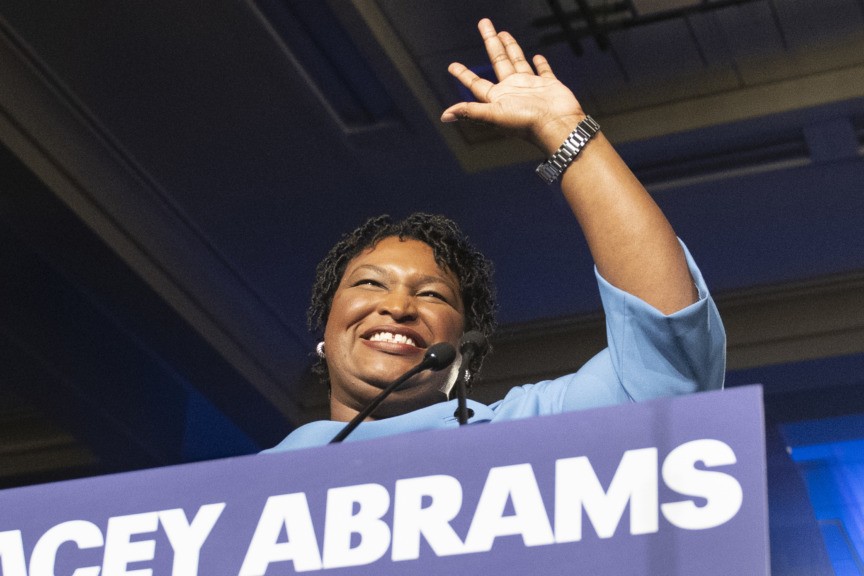 Many black voters and activists are still reportedly hoping that failed Georgia gubernatorial candidate Stacey Abrams will make a late entry into the 2020 presidential race.

Abrams has still not closed the door on a 2020 run and indicated this week that she could still enter the race after the initial debates if she does not hear Democrats talking about voter suppression every day on the stump.

The Washington Post this week interviewed black voters and activists in Michigan, Pennsylvania, and North Carolina and discovered that Abrams’s “name came up repeatedly in interviews with voters and activists who described her as a bona fide champion for African Americans far beyond her home state.”

Philadelphia activist Abdul-Aliy Muhammad reportedly “said Abrams’s stature as a champion for African Americans, including her work as a voting rights activist, stand in contrast to seemingly contrived efforts by some candidates in the field to relate to blacks.”

“I think people like Stacey Abrams,” Muhammad told the Post. “People trust her. People might not necessarily agree with all of her policies, but people at least trust that what she’s saying she believes in, and that’s what I mean.”

As the Post noted, “Black Americans will have a big say in the outcome of the Democratic presidential nomination. They make up 20 percent of the party’s primary voters nationwide — including nearly 6 in 10 voters in the pivotal, early South Carolina primary. And as one of the party’s most loyal voting blocs, their turnout level in the general election will be a crucial factor in whether the Democratic nominee can beat President Trump.”

Many black activists believe that various constituencies like the gay community and Latinos benefited more under former President Barack Obama than their community, and the Post “found deep divisions beneath that party loyalty about the best way to wield the power they bring to the ballot box, and a sense that past political engagement has been met with broken promises and little progress for struggling communities.”

Though black voters seemed open to backing Sens. Kamala Harris (D-CA) and Cory Booker (D-NY), both of whom have struggled to gain traction with the party’s critical African American voters, they reportedly expressed concerns that “supporting a candidate based largely on identity could be a waste if neither Harris nor Booker starts to get more traction in polls or fundraising.”

If Abrams does not enter the race, the Post’s extensive interviews with black voters revealed that former Vice President Joe Biden, who currently is the top choice of black voters in nearly every state and national poll, may be “the most pragmatic” choice for black voters intent on nominating “the candidate with the best chance of ousting Trump, even if that means passing on African American candidates or others who might do more to affect the fortunes of black Americans.”