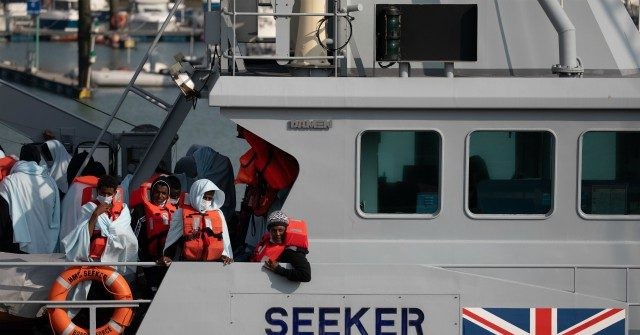 A law firm which has helped to block a number of deportations has received tens of millions in taxpayer-funded legal aid over the last three years, according to reports.

The newspaper also claimed that the firm has “forged a close relationship with charities that work among [migrant] camps on the French coast” and “boasted of mixing with senior Labour Party figures, including Deputy Leader Angela Rayner and Shadow Justice Secretary David Lammy.”

Deportation Flight Had One Passenger After 29 Lodged Legal Challenges https://t.co/heIsHPCcYw

The Mail suggests that the firm, which is said to have acquired clients including boat migrants and “an HIV-positive rapist called Victor Nkomo who attacked a woman in Britain”, has been operating in Calais in order to expand its customer base. A spokesman for the law firm said its trips there were purely in aid of “gain[ing] an understanding of the conditions that asylum seekers are residing in.”

“It beggars belief that they are going all the way to Calais to only perform charitable work with refugees and not offering their services and advice so that they can get into the UK,” suggested Andrew Bridgen, a Conservative MP with a hawkish stance on migration, in comments to the Mail.

“Maybe I’m being cynical, but it seems no accident that their business is so lucrative when they are making these trips,” he added.

“Our role is to always act in our client’s best interests and ensure their legal issues are being dealt with in accordance with the law. Any payments received for undertaking this work is predominantly fixed-fee work and on remuneration rates set by the Government,” a spokesman for the firm insisted.

Lawyers — “activist lawyers”, according to Priti Patel, Home Secretary in Prime Minister Boris Johnson’s administration — have been quite successful in frustrating the government’s limited efforts to deport some of the migrants who have been crossing the English Channel in ever-increasing numbers in recent years.

In late August, they successfully blocked the removal of every single migrant on a planned removal flight, with Duncan Lewis being one of three firms named as having managed to “bog the process down in legal quagmire”.

Judges grounded another entire flight to Spain in September, after lawyers complained that the Spanish government had not lavished enough care and attention on them after they arrived in Madrid.

Then in early October it was reported that a charter flight for 30 migrants costing £100,000 ended up removing just one deportee from the country due to legal appeals.

However, Home Office sources suggested that their work is also being frustrated by the government’s own Foreign and Commonwealth Office, long a bastion of “deep state” globalism in Britain and now merged with the equally globalist former foreign aid department, via an orchestrated leaking campaign.

“The Foreign Office’s idea of a crisis is receiving a strongly-worded letter from a wacky UN special rapporteur,” a Home Office source remarked acidly.