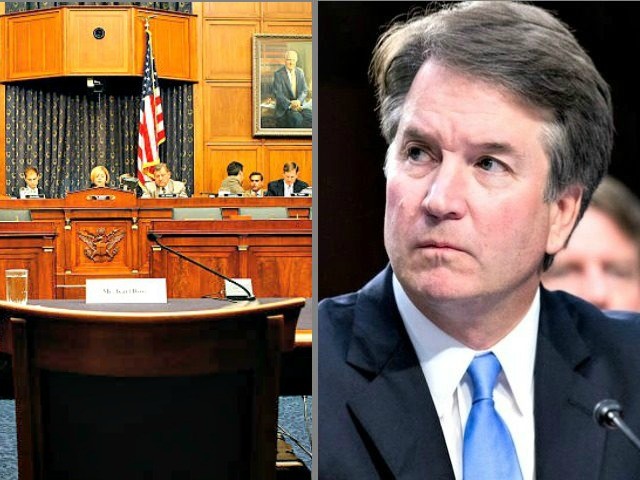 Deborah Ramirez, the second women to level sexual misconduct allegations against Brett Kavanaugh, is refusing to cooperate in any way with the Senate Judiciary Committee.

The Washington Examiner reports that Sen. John Kennedy (R-LA), a sitting member of the Senate Judiciary Committee, told staffers Tuesday that Ramirez is refusing to cooperate in any way; she will not testify or even make a statement.

Speaking of Ramirez’s lawyer, Kennedy said, “Our counsel repeatedly tried to reach him. They finally did reach him, and he said, ‘We are not issuing a statement’. He said, ‘If you want our statement, read the New Yorker.’”

According to others present when Kennedy made these remarks, he added that the “Read the New Yorker” comment was not a direct quote, just the way he interpreted it.

Any testimony given to the Committee, including a statement, would be considered under oath, which carries with it the risk of perjury and imprisonment. So far, everyone appears to agree that Ramirez has not issued a statement, nor has her attorney.

The only statement she has made is to the New Yorker, which does not carry any penalty for perjury.

For his part, according to the far-left Washington Post, Kavanaugh did speak to the Judiciary Committee on Tuesday and once again denied the Ramirez allegations. During this particular call, Kavanaugh is considered to be under oath and if he is lying would face disgrace, disbarment, and jail time.

In a bombshell story co-authored by Ronan Farrow and published in the New Yorker Sunday, Ramirez alleged that during a drunken 1983 party in a Yale dorm room, when both she and the Supreme Court nominee were freshman, Kavanaugh aggressively flashed her.

Ramirez’s story quickly unraveled, though, and did so on the pages of the New Yorker.

For starters, Farrow’s in-depth reporting detailed Ramirez’s memory problems. In part because she was so intoxicated on the night in question, for 35 years she could not remember who flashed her. It was only when Senate Democrats threatened to tell their version of the story and after she spent six days probing her memory with her attorney (a Democrat politician) that Ramirez agreed to name Kavanaugh.

Memory issues are just the beginning of the problems with the Ramirez allegation. Every single person she named as a witness has either said the flashing incident never happened or they did not recall it happening.

In other words, as is the case with Kavanaugh’s first accuser, Christine Blasey Ford, all the named witnesses either say this never happened or they cannot remember it happening.

As of now, whether or not Ford will testify under oath is also up in the air. After a week of delays and accommodations, Ford agreed to testify this Thursday. Sen. Diane Feinstein (D-CA), however, said on Tuesday that “I have no way of knowing” if she will show up.