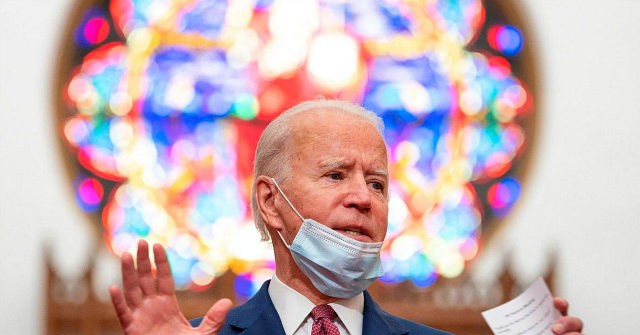 Benjamin Crump, an attorney for the Floyd family, disclosed on Tuesday during an interview with Team Roc, the philanthropic arm of Jay-Z’s business empire, that Biden would be attending one of the memorial services for next week. According to Crump, the former vice president will journey to Houston, Texas, where the Floyd family is originally from, for the service.

It is unclear if Biden will speak at the memorial service as his staff has not confirmed the attendance. Requests for comment by the former vice president’s campaign were not returned by press time.

Last week, video of the 46-year-old Floyd dying in police custody went viral. The video, which was recorded by bystanders, shows Floyd pleading for help, claiming he cannot breathe as a Minneapolis police officer is seen kneeling on his neck.

After the video went public, it emerged that the officer, 19-year Minneapolis police veteran Derek Chauvin, had been the subject of at least 18 prior civilian complaints. Such revelations ignited nationwide protests over the subject of police brutality.

Those protests, which started in Minneapolis, spread to nearly every major city in the country, from Atlanta, Georgia, to Los Angeles, California. In a number of instances, the protests turned violent, leading to rioting and looting.

The protests have continued even though Chauvin was fired from his position with the Minneapolis Police Department and subsequently arrested and charged with murder last week.

Crump’s announcement on Tuesday came shortly after Biden addressed the topic of Floyd’s death and the protests that it spawned publicly. Speaking from Philadelphia, Pennsylvania, the presumptive Democrat nominee condemned the instances of rioting and violence but also claimed that President Donald Trump had done nothing to help the situation except inflame America’s existing racial inequities.

“I won’t traffic in fear and division. I won’t fan the flames of hate,” the former vice president said. “I’ll seek to heal the racial wounds that have long plagued our country, not use them for political gain”