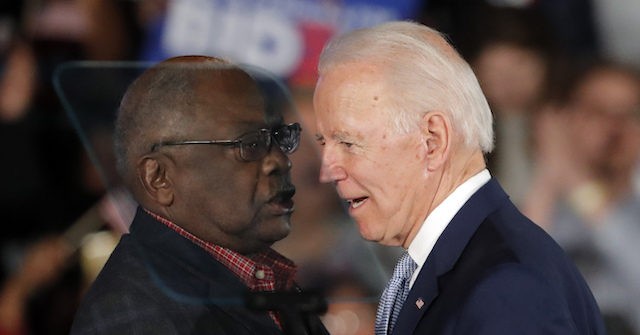 Shortly after news broke of Breyer’s retirement, Biden narrowed his selection to a small pool based on his promise to nominate a black woman to the Supreme Court. Since Jim Clyburn played a major role in securing Biden’s primary win against Bernie Sanders with his crucial South Carolina endorsement, he has been pressing the president since day one to nominate J. Michelle Childs if SCOTUS vacancy were to open up, according to the New York Times.

Days after President Biden was sworn in last year, one of his top congressional allies went to the White House with the name of a judge he believed should be appointed to the Supreme Court.

Clyburn told the Times last year that Childs would make the perfect pick by not only being a black woman but also a black woman from a blue-collar background who did not attend an Ivy League law school.

“One of the things we have to be very, very careful of as Democrats is being painted with that elitist brush,” Clyburn said.

“When people talk to diversity they are always looking at race and ethnicity — I look beyond that to diversity of experience,” he added.

Childs has stiff competition to clinch the nomination as she faces off against Judge Ketanji Brown Jackson of the U.S. Court of Appeals for the District of Columbia Circuit and Justice Leondra R. Kruger of the California Supreme Court, both of whom attended Ivy League schools – Harvard and Yale, respectively.

Given that Clyburn came to Joe Biden’s aid at a low point during his primary run, having lost several states to Bernie Sanders, his word could have some serious sway over the current Supreme Court pick. Judge Childs also played a prominent role in the 2020 election when she struck down a South Carolina rule that “would have required a witness to sign absentee ballots” due to the coronavirus pandemic.

Speaking with CNN on Wednesday night, House Majority Whip Clyburn said that he wanted to “make sure” that Biden’s pick would be a black woman when endorsing him for the presidency.

I maintained and I said to the then-candidate, that that was an issue that I thought it would be good for him to address in the campaign if he got a chance to do so in the debate. Because remember, he had lost three primary campaigns in New Hampshire, Iowa, and Nevada and everybody was saying that his campaign was over. I said to him, I don’t think so.

Time will tell if Clyburn’s endorsement of Joe Biden will continue to hold sway over his Supreme Court pick.