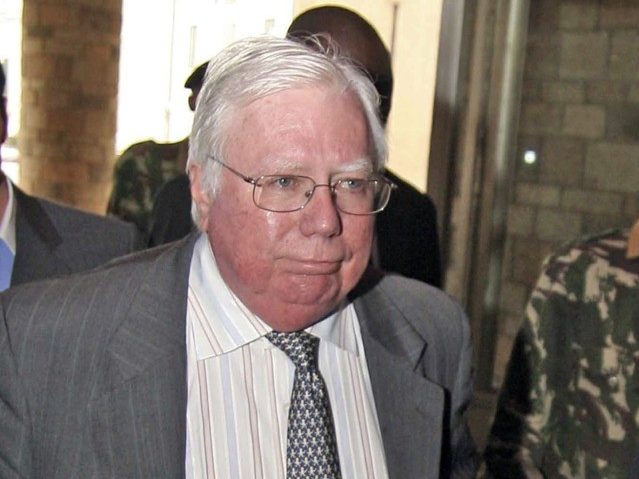 Former Infowars D.C. bureau chief Jerome Corsi will reject a plea agreement offered by the special counsel and fire back with a criminal complaint, accusing Robert Mueller of “Gestapo” tactics in attempting to pressure the author into pleading guilty to one count of perjury.

“They can put me in prison the rest of my life. I am not going to sign a lie,” Corsi said in a brief telephone call with CNN. Asked what Mueller office will do next if he does not agree to the plea deal, Corsi replied, “I don’t know.”

Corsi told NBC producer Anna Schecter that a plea agreement would involve the author of pleading guilty to one count of perjury. “I’d rather sit in prison and rot for as long as these thugs want me to,” he told Schecter.

Corsi tells me he’s been offered plea deal on one count of perjury. “They want me to say I willfully lied. I’m not going to agree that I lied. I did not. I will not lie to save my life. I’d rather sit in prison and rot for as long as these thugs want me to.”

As reported Friday, Corsi revealed that he has been negotiating a potential plea but declined to comment further on the matter. He said on a YouTube show earlier this month that he expected to be charged with lying to federal investigators, though he said at the time that he was innocent of wrongdoing.

Mueller’s team questioned Corsi as part of an investigation into Stone’s connections with WikiLeaks. American intelligence agencies have assessed that Russia was the source of hacked material released by WikiLeaks during the 2016 election that damaged Hillary Clinton’s campaign. Mueller’s office is trying to determine whether Stone and other associates of President Donald Trump had advance knowledge of WikiLeaks’ plans.

It is unclear whether the charges against Assange are related to Mueller’s investigation, but WikiLeaks was singled out in an indictment last summer against a group of Russian intelligence officers accused of carrying out the wide-ranging hack of Clinton’s campaign and other Democratic organizations.

It is also not known whether any plea by Corsi signals a new raft of charges by the special counsel — or merely that investigators are aggressively pursuing cases against people they believe made false statements to investigators. Mueller has brought such cases against four others, including former national security adviser Michael Flynn.

Corsi has said he cooperated with the probe for about two months after he received a subpoena in August. As part of that cooperation, he turned over two computers and a cell phone and provided the FBI access to his email accounts and tweets.

But he said earlier this month that talks with investigators recently had “blown up.”

“I fully anticipate that in the next few days, I will be indicted by Mueller,” he said.

The spokesman for the special counsel, Peter Carr, declined comment on Friday.