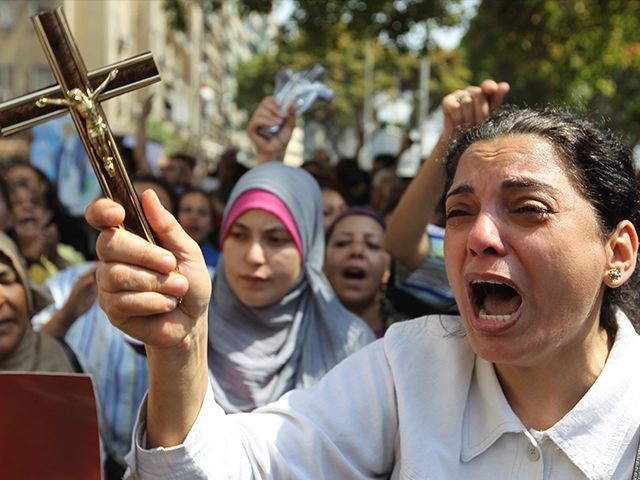 More than 60 percent of the world’s population of more than 7.5 billion reside in countries where the right to religious freedom is obstructed or denied. An estimated 505 million Christians face persecution for following their faith, a Catholic NGO Aid to the Church in Need (ACN) report indicated this week.

“For simply belonging to the wrong religion, countless numbers of people have been killed; many others have disappeared and still more have been imprisoned indefinitely,” John Pontifex, the report’s editor-in-chief, said.

On Thursday, a press release on the 14th edition of ACN’s Religious Freedom in the World Report, which this year covers all religions in 196 countries over a two-year period up to and including June 2018, declared:

The report—noting that respect for religious freedom is on the decline worldwide—finds that 61 percent of the world’s population live in countries where the right to religious freedom is obstructed or denied outright. The report estimates that some 327 million Christians live in countries where they face religious persecution, with another 178 million suffering some form of discrimination because of their faith.

ACN found non-state actors in countries like India, China, and Myanmar have exacerbated a boost in hatred against faith minorities.

Citing an increase in “aggressive ultranationalism” in countries like India and Russia — by either hardline governments or violent extremist groups — ACN reports that religious freedom is declining in one out of every five nations in the globe, which amounts to a total of 38.

Of the 38 countries, ACN discovered incidents of religious persecution in 21, including Niger, Myanmar, India, and China, as well as acts of discrimination in 17 other countries, such as Algeria, Turkey, and Russia.

Examining every country worldwide in turn, this report found evidence of significant religious freedom violations in 38 nations (19.3 percent). These 38 countries were examined in more detail with the following conclusions drawn: First, 21 (55 percent) were placed in the top ‘Persecution’ category and the remaining 17 (45 percent) in the less serious ‘Discrimination’ category. This means that worldwide, 11 percent of countries were ranked at the level of ‘Persecution’ and 9 percent at the level of ‘Discrimination.’

Second, the situation concerning religious freedom deteriorated in 18 of the 38 (47.5 percent) countries, split roughly evenly between the ‘Persecution’ and ‘Discrimination’ categories. Third, that 18 of the 38 countries – 47.5 percent – showed no obvious sign of change between 2016 and 2018.

According to ACN, the easing of tensions in Syria and Iraq following the weakening of the Islamic State (ISIS/ISIL) at the hands of international forces and local fighters allowed thousands of Christians to return to their homes, making those two countries the only place where religious freedom conditions improved.

However, the NGO noted, “The situation for minority faith groups deteriorated in 18 of the 38 countries – almost half – found to have significant religious freedom violations. [An] especially serious decline was noted in [two of the most populous nations in the world] China and India.”

Marc Fromager, head of the ACN’s French chapter, acknowledged that China has destroyed Christian churches and forced hundreds of thousands of Muslim Uighurs into concentration camps, which Beijing deems vocational centers and where the U.S. has found detainees are tortured.

In its latest World Wide List (WWL) of the top 50 “most dangerous” countries to worship Jesus, Open Doors ranked India eleventh, noting that persecution of followers of Christ, particularly women at the hands of “Hindu extremists,” is on the rise, adding:

The NGO pointed out:

Among those countries which saw the sharpest decline in religious freedom during the period in question, India is particularly significant as it is the world’s second most populous country with one of the world’s fastest-growing economies. Report after report has highlighted egregious acts of violence, each with a clearly-established motive involving religious hatred.

This violence against Christians, Muslims, and other minorities – many of which belong to low-caste communities – reveals the emergence of a particularly aggressive form of nationalism evident both in India and other countries around the world. The nationalism in question not only identifies a threat to the nation state from law-abiding minority groups but carries out acts of aggression calculated to force them to forsake their distinctive identity or leave the country. Such a threat can be termed ultra-nationalism.

ACN went on to note that the persecution of Christians and other religions in countries like North Korea, Saudi Arabia, Yemen, and Eritrea is “already so bad, it could scarcely get any worse.”

Open Doors determined that North Korea stands at the top of its list of 50 countries where Christians are the most persecuted.

“Worsening intolerance towards religious minorities meant that for the first time two countries – Russia and Kyrgyzstan – were placed in the ‘Discrimination’ category,” ACN found, adding, “Turning to Russia, we see another dimension of religious ultra-nationalism at work. Evidence produced for this report concludes that ‘the situation of religious freedom has dramatically worsened in the last two years.’”