GOP leaders have withdrawn $1.2 million in promised campaign funding for Kansas Rep. Kevin Yoder, who is facing a tough reelection race after endorsing a series of job-outsourcing programs in an August vote, according to TheHill.com.

The decision to cut advertising, described to The Hill by a source familiar with the NRCC’s strategic thinking, is a hint that Republicans are pessimistic about Yoder’s chances of holding his Kansas City-area district.

Election experts have rated Yoder’s race as a toss-up, and a recent poll by the New York Times of 494 people in Yoder’s district showed him losing 43 percent to 51 percent to his far-left opponent, Sharice Davids. The wide gap is noteworthy because Davids has joined the far-left Abolish ICE! campaign, which would allow a large number of migrants to flood into blue-collar and white-collar job-markets nationwide.

However, Yoder is getting much support from pro-migration business donors, such as the Congressional Leadership Fund, said TheHill.com:

The Congressional Leadership Fund, the largest super PAC backing Republican candidates, has spent about $1.8 million on television advertisements on his behalf. The group still has $750,000 booked in the Kansas City media market for the election’s final four weeks.

Yoder’s race is important because he chairs the homeland defense appropriations committee, and used his power on August 25 to add a series of outsourcing and pro-migration amendments to the 2019 funding bill. The bill is now slated for passage after the election when many reelected, retiring or defeated legislators will feel little pressure from voters.

But if Yoder is defeated in November, other legislators may quietly ask the GOP leadership to withdraw Yoder’s outsourcing measures before the December floor vote.

Yoder’s cheap labor programs include the offer of fast-track citizenship to at least 250,000 Indian visa-workers who have taken many jobs once held by middle-class American technology workers. Yoder’s plan would remove the long-standing “country caps” for green cards.

Those caps ensure that Indian outsourcing companies can only provide about 12,000 green cards to their low-wage Indian visa-workers each year. If the caps are removed, the Indian outsourcing companies could provide green cards to roughly 70,000 Indian workers each year, or 700,000 workers over the next decade. The immediate beneficiaries would be the 300,000 Indian visa-workers and their 300,000 family members who are now stuck in a backed-up line for green cards. But the huge influx of workers would help flood the labor market for many American graduates with software or healthcare degrees.

Yoder’s August funding bill also raises the number of imported blue-collar visa-workers by tripling the H-2B program for seasonal workers up to almost 200,000 workers per year, and by expanding the H-2A farm labor program.

Yoder’s endorsement of the “country cap” plan is risky because his district includes many American college-graduates and a growing number of Indian outsourcing workers.

Companies in his district employ roughly 1,400 visa workers in white-collar jobs sought by young Kansas graduates, according to H1BFacts.com, which organizes federal data to show the number of H-1B visa-workers in each legislator’s district. 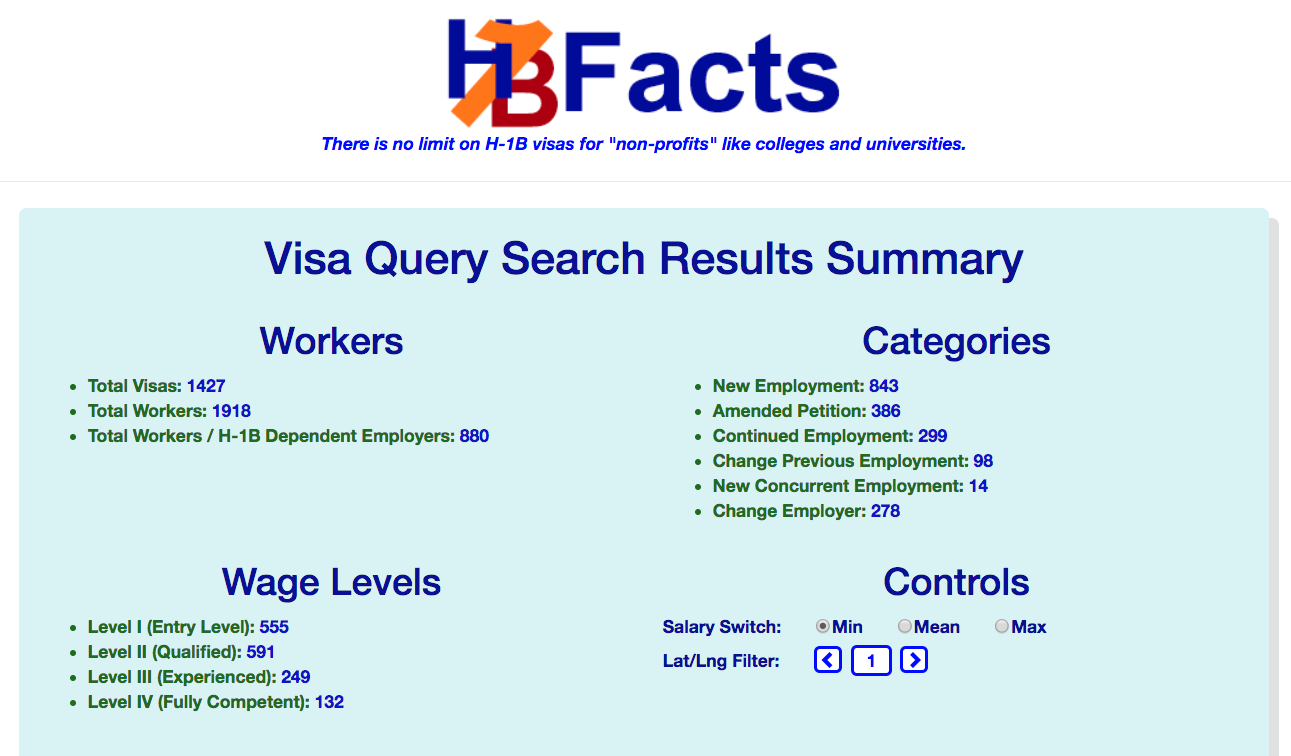 Yoder’s plan is being applauded by the business groups which will be able to import a huge extra stream of cheap replacement workers. That inflow would help their investors offset the wage-raising impact of President Donald Trump’s lower-immigration/higher-wages policy.

But the country-caps plan is opposed by American technology-workers who have lost prior jobs because U.S companies transferred their work to Indian outsourcing firms. In September, a group of U.S. professionals rented two local billboards to protest Yoder’s HR 393 legislation which includes the country-caps plan.

Four million young Americans will join the workforce this year, but the federal government will also import 1.1 million legal immigrants, and allows an army of at least 2 million blue-collar and white-collar visa-workers to work U.S. jobs, alongside asylum-claiming migrants, refugees, and illegal aliens.

That policy shifts wealth from young people towards older people by flooding the market with cheap white-collar and blue-collar foreign labor.