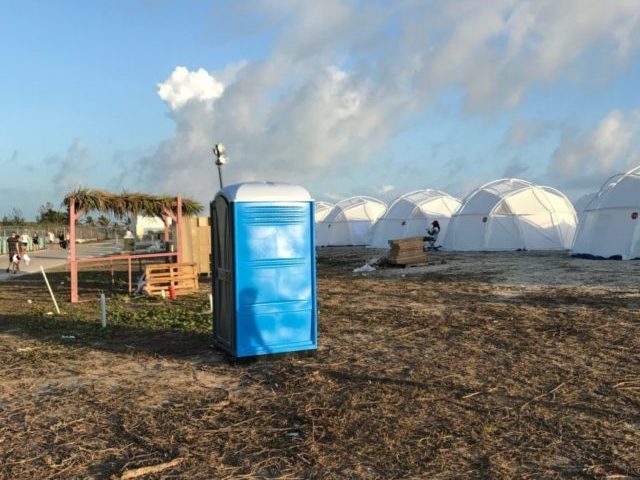 Jerry Media, the social media company behind the disastrous Fyre Festival, reportedly tried to broker a deal between the anti-Trump organization “Need To Impeach” and a world-record breaking egg account on Instagram.

To capitalize financially on behalf of the egg account, social media company Jerry Media, which ran the social media for the disastrous Fyre Festival in 2017 that led to the imprisonment of fraudulent organizer Billy McFarland, reportedly tried to broker a deal between the egg account and “Need to Impeach.”

Need to Impeach is an organization fighting for the impeachment of President Trump, and Jerry Media wanted the organization to pay $10 million for the Instagram egg to crack and reveal the words, “Impeach Trump.”

According to the Atlantic, “the account has posted a series of photos of the same egg with a progressively larger crack, suggesting something inside.”

“In a slide deck, Jerry Media proposed that the egg crack to reveal the words Impeach Trump as Trump popped out and did the chicken dance. The agency even created a short animated video demonstrating the stunt,” the Atlantic reported, adding that Need to Impeach “ultimately passed on the opportunity.”

VaynerMedia head Nik Sharma claimed to the Atlantic that, “Being the first brand to crack out of the egg is worth at least $10 million,” and even suggested companies “to spend on the egg instead of the Super Bowl.”

Jerry Media has faced scrutiny for producing a popular Netflix documentary about the failed Fyre Festival, which downplays the company’s substantial involvement in the scandal.

“Wait, so the Fuck Jerry media company made the Netflix doc about Fyre Fest? That explains why that doc skims right over their involvement in that shit show,” declared one Twitter user, while another posted, “the Netflix [documentary] gives a total pass to Jerry Media.”

Hulu. Netflix doc was coproduced by the fuck jerry guys who are implicated in the fyre fest fraud, and they conveniently forget to mention that conflict of interest

Here’s my review of the 2 Fyre documentaries:

FYRE FRAUD (Hulu) paid (enriched) Billy MacFarland, the piece of shit responsible for Fyre, to do an interview.

FYRE (Netflix) was a co-production w/ Jerry Media, the company that helped sell this catastrophe.

See neither of them.

Hulu does a better job of showing the extent the Jerry Media guys were up to their necks in it. They contributed to the Netflix doc so it goes much easier on them. Netflix better on what happened to the workers left behind.

The company, which has faced allegations it made its money stealing jokes and content from others and uploading them without credit or payment, is reportedly on the verge of a subpoena over its involvement in the fraudulent Fyre Festival.

Schumer’s press secretary, Angelo Roefaro, was filmed hanging out with McFarland before the festival organizer’s imprisonment, and while McFarland was found to be running another fraudulent scheme.