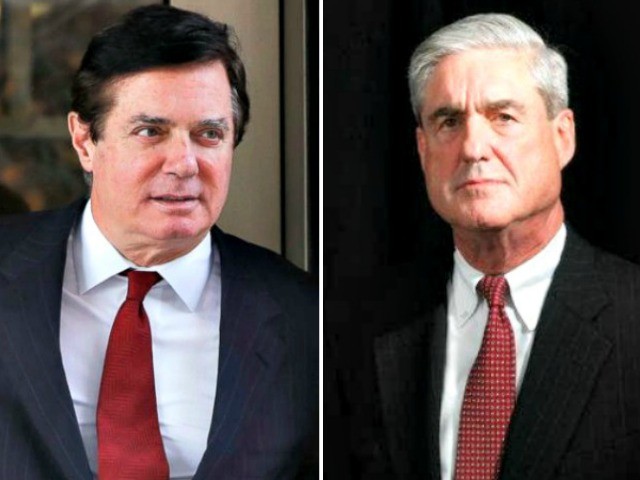 Paul Manafort’s lawyers kept a joint defense agreement with President Trump’s lawyers even after they accepted a plea deal with Special Counsel Robert Mueller, which kept Trump’s team informed of the investigation and led to the plea deal’s collapse on Monday, according to a report.

The arrangement was not illegal, but “highly unusual” and “inflamed tensions” between Manafort’s lawyers and the special counsel’s office, according to those who spoke to the Times.

Mueller broke off the plea deal on Monday, according to a joint status report filed to the U.S. District Court for the District of Columbia.

In the filing, Mueller requested that the Court move to sentence Manafort, stating that he breached the plea deal that required his “fully, truthfully, completely, and forthrightly” cooperating with the government.

“After signing the plea agreement, Manafort committed federal crimes by lying to the Federal Bureau of Investigation and the Special Counsel’s Office on a variety of subject matters, which constitute breaches of the agreement,” Mueller said in the filing.

Mueller stated the government would file a detailed sentencing submission to the Court that would set forth the nature of Manafort’s crimes and lies after signing the plea deal.

“As the defendant has breached the plea agreement, there is no reason to delay his sentencing herein,” he said.

Manafort’s lawyers responded that their client has cooperated with the plea deal, but accepted the move towards sentencing:

Giuliani told the Times that the arrangement with Manafort’s lawyers, known as a joint defense agreement (JDA), was a source of valuable insights into the special counsel’s investigation into whether the Trump campaign colluded with Russia, and where it was headed.

Giuliani said that Manafort’s lawyer, Kevin M. Downing, told him that prosecutors “hammered away” at whether Trump knew about the June 2016 Trump Tower meeting with his son Donald Trump Jr. where Russians had promised to deliver damaging information on Hillary Clinton.

“[Mueller] wants Manafort to incriminate Trump,” Giuliani said. According to the Times, Manafort had at least a dozen sessions with the special counsel.

Two sources told the Times that the arrangement between Manafort and Trump’s legal teams helped contribute to a “deteriorating relationship” between Mueller and Manafort’s teams.

While the JDA with Manafort’s team may have been unusual because it continued after a plea deal, Giuliani acknowledged last month to Politico that Trump’s lawyers had such agreements with 32 witnesses or subjects of Mueller’s investigation.

Giuliani also acknowledged the JDA with Manafort’s team last month, telling Politico that the agreement remains even after his plea deal because Manafort has no useful information for Mueller about Trump.

“Defense lawyers talk to each other all the time where, as long as our clients authorize it, therefore we have a better idea of what’s going to happen,” he said. “That’s very common.”

Law enforcement experts say defendants usually end JDAs after a plea deal in order to get a lighter punishment for a crime, and Manafort staying in the JDA could be a way to vie for a pardon.

“I’m not able to think of another reason,” Barbara McQuade, a former U.S. attorney who now teaches law at University of Michigan, told the Times.

Manafort will now presumably face the charges that were dropped in light of the plea deal — eight counts of financial fraud tied to his lobbying work in Ukraine, in addition to the two conspiracy charges he had pleaded guilty to.

Combined with charges he was convicted of in August – mostly tied to his work in Ukraine – Manafort, 69, could spend the rest of his life behind bars.

On Tuesday morning, Trump tweeted that Mueller and his team were “ruining lives for them refusing to lie.”

The Phony Witch Hunt continues, but Mueller and his gang of Angry Dems are only looking at one side, not the other. Wait until it comes out how horribly & viciously they are treating people, ruining lives for them refusing to lie. Mueller is a conflicted prosecutor gone rogue….

In response to a reporter’s question, White House Press Secretary Sarah Sanders said Tuesday that she is not aware of any conversations for anyone’s pardon related to the investigation.