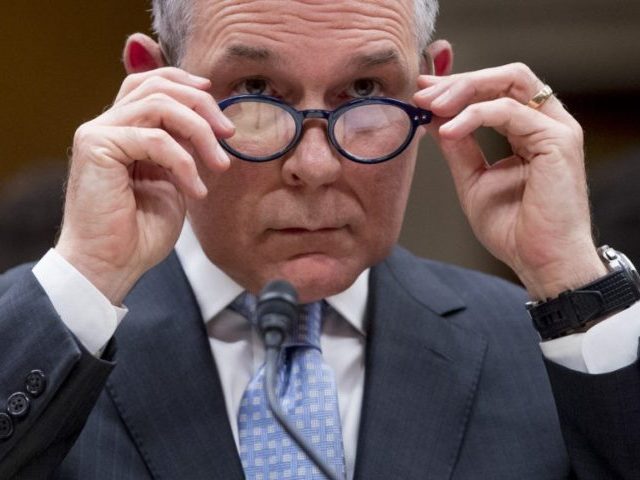 Using the Freedom of Information Act, the Sierra Club obtained emails that show Pruitt was “given pre-interview questions, a standard practice in cable news for lesser-known guests that is rarely extended to public figures or elected officials.”

“In multiple interviews on Fox & Friends, Pruitt was essentially allowed to dictate the terms for the interview and avoid any difficult questions,” the Daily Beast reports.

An email from Fox producer Dianna Aloi to Pruitt’s office reportedly reads, “Would this be okay as the setup to his segment?”

The Daily Beast reviewed the emails, compared it to what aired, and found that of the eight questions asked, “Six were related to the topics agreed upon by producers and the EPA.”

Speaking from my own limited experience, including a few appearances on Fox News, no one has ever given me questions in advance, and I am nothing close to a White House official. While the producer always goes over the topics in advance — that only makes sense — and sometimes you are pre-interviewed so the host will know where you stand on an issue, nothing close to a list of questions has ever come my way.

In fact, most of the television I’ve done (and it has not been a lot) has resulted in some kind of surprise: an out-of-nowhere topic or last-minute guest added to argue with you — and just like that your “interview” becomes a debate.

For its part, Fox News appears to be admitting the Daily Beast report is true and that this practice is unethical.

“This is not standard practice whatsoever and the matter is being addressed internally with those involved,” a Fox News spokesperson said.