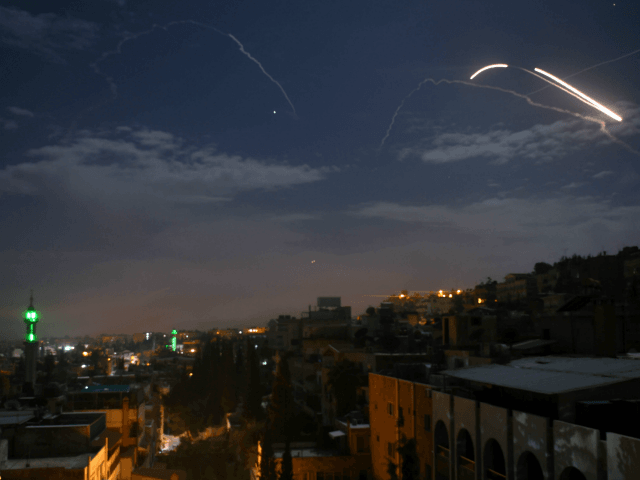 TEL AVIV – Seven non-Syrian fighters were among the 10 killed in Israeli retaliatory strikes on several Iranian targets in Syria early Sunday morning in response to two rockets that were fired toward Israel the previous night, the Syrian Observatory for Human Rights said.

According to Syrian media, Israel also attacked Iranian and other proxy militia sites, including training facilities and weapons warehouses, southwest of the capital Damascus. Three of the ten killed were Syrian regime fighters.

We hold the Syrian regime accountable and will firmly operate against any attempt to harm Israeli civilians. pic.twitter.com/XtDTqz7Btc

At the start of the weekly cabinet meeting, Prime Minister Benjamin Netanyahu said he would continue to ensure that the IDF responds to any violence from either the Syrian regime or any Iranian terror proxies operating within the war-torn country.

“Yesterday, two missiles were fired toward Israel from Syrian territory. One struck inside Syria and the other hit our territory on the Golan Heights. I held security consultations following the attack and I ordered the IDF to take strong action, which it did, striking several targets.” he said.

“We will not tolerate firing at our territory and we will respond with great force to any aggression against us. This has been the consistent policy that I have led, together with the government, and this is what we will continue to do for the security of Israel,” he added.

Israel holds the Assad regime responsible for any attacks against Israel from Syrian territory.

Saturday night’s rocket attacks seem to be similar in nature to a January attack in which an Iranian-made missile was launched at Mount Hermon in the Golan Heights. On both occasions, medium-, 22-mile range rockets were launched.