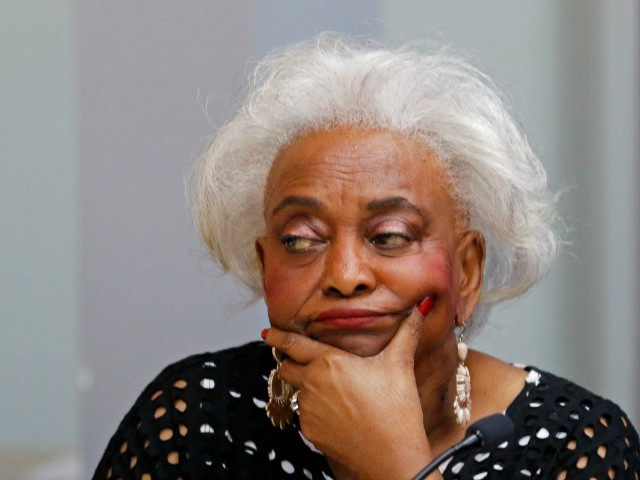 The canvassing board inspected the 205 provisional ballots Friday night after Snipes agreed to present them to the board for inspection.

Broward County election staffers had set those 205 ballots aside out of the more than 600 provisional ballots cast on Election Day. The county’s canvassing board declared most of those provisional ballots invalid because the voters either registered to vote after the deadline, voted at the wrong precinct, or voted multiple times.

These 205 voters swiped their IDs into the system, but the system showed they were not registered to vote. But staffers who called the Broward County elections headquarters found those voter registrations appeared in the system.

Poll workers then instructed those 205 voters to cast provisional ballots.

Staffers removed the 205 provisional ballots from signed envelopes and placed them in a voting machine. The machine did not add those ballots to the final vote count.

Snipes and the elections department initially intended to take care of the ballots administratively, causing an outcry from Florida Republican Party attorneys. Snipes eventually agreed to present the 205 provisional ballots to the canvassing board.

When a Republican Party lawyer asked about the ballots, Snipes responded that “the ballots cannot be identified.”

“This process doesn’t exist. The process is that the ballots aren’t opened. I would suggest to the board that this process would stop,” said Leonard Collins, a lawyer for the Florida Republican Party.

Protesters have come out in full force against Snipes as more news surfaces about her incompetence. A group of about 60 Republican protesters gathered outside the Broward County Board of Elections Friday, chanting “lock her up” to protest the county’s botched 2018 midterm election vote count.

Snipes—who has previously been accused of keeping felons, dead people, and noncitizens on Broward County’s voter rolls—had also botched a 2016 congressional election, landing her in hot water with state and federal law.

The ruling caused so much outrage, the Sun-Sentinel’ s editorial board published an editorial in June giving Snipes a no-confidence vote.