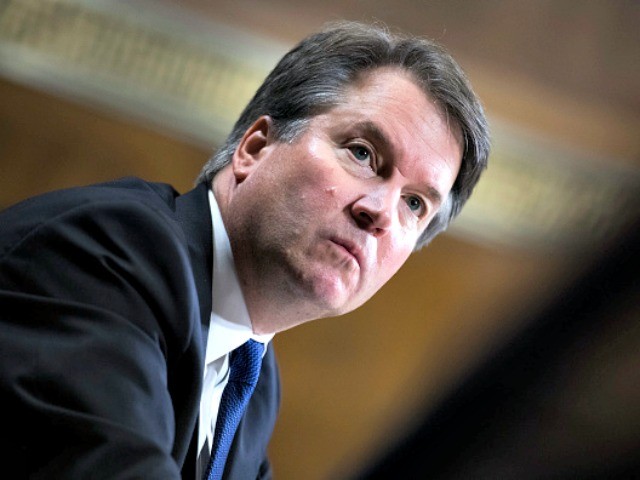 Citing sources familiar, the WSJ claims the probe will finish sooner than the supposedly hard Friday deadline Flake laid out in his impromptu announcement at last Friday’s Senate Judiciary Committee vote that he would need a new FBI investigation before he voted on Kavanaugh’s confirmation on the Senate floor.

The investigation, a demand from Senate Democrats and the broader political left since shortly after Kavanaugh’s first accuser Christine Blasey Ford’s 36-year old allegation went public, became a reality after Flake met with Sen. Chris Coons (D-DE) just ahead of Friday’s committee vote. Although Flake voted, along with the rest of the committee’s Republicans, to recommend Kavanaugh for confirmation, he was allowed to speak ahead of the vote and stated he would not vote without a new FBI investigation to last not longer than one week.

Since Friday, the FBI has been interviewing parties related to the various allegations from Kavanaugh’s high school and college years, most prominently his high school friend and alleged accomplice Mark Judge. This represents the seventh time the FBI has looked into Kavanaugh’s background since he began working on sensitive matters as a government attorney in the early 1990s. The sixth investigation concluded this summer in relation to his Supreme Court nomination.

Since the start of this latest investigation, Democrats and the left-leaning press have focused increasingly on Kavanaugh’s history with alcohol, as opposed to the actual allegation of sexual misconduct. For example, the New York Times published a piece on Kavanaugh having possibly thrown ice at someone during a bar room scuffle in 1985, apparently in an attempt to discredit the nominee’s characterization of his youthful partying.

In  a press conference call Tuesday morning, the Judicial Crisis Network, the leading outside group supporting Kavanaugh’s nomination, pushed back on notions that Kavanaugh’s history with alcohol had been insufficiently examined in the six previous FBI investigations.

“In these background investigations — and now there’s been half a dozen of Kavanaugh over his life — it’s a standard question for every single witness they talk to: ‘Do you have any knowledge of alcohol or substance abuse by the nominee?’” Gregg Nunziata, former chief nominations counsel to the Senate Judiciary Committee said in response to a Breitbart News inquiry. “We can know without knowing what’s in that file — we can know that hundreds of people who have known the judge over his career have been asked that specific question and that information would already be in the file.”

Earlier on Tuesday, the Senate leadership of each party gave a press availability in the capitol. There, Senate Majority Leader Mitch McConnell (R-KY) made clear that he expected the FBI to finish the probe “soon” and reiterated his guarantee that the final vote on Kavanaugh would come “this week.”

Senate Minority Leader Chuck Schumer (D-NY), at the same podium, emphasized that any delays in Kavanaugh’s vote were not Democrats’ doing, but that of Flake and fellow reputed swing-vote Republican Sens. Lisa Murkowski (R-AK) and Susan Collins (R-ME). He issued new demands on the White House that they publicly disclose the directive for the new investigation. He also chose a new tack in his opposition to Kavanaugh’s nomination, focusing not on the various uncorroborated allegations of sexual misconduct from Kavanaugh’s teenage years, but on the “partisanship” he displayed at his fiery appearance before the Senate Judiciary Committee last week.

Breitbart News’s Penny Starr contributed to the reporting in this article.