A recent report shows that Facebook’s new political advertising system allows users to attach a “Paid for” disclosure to an ad in the name of any politician, political group or even terrorist group without full verification by Facebook.

According to a recent report from Vice News, Facebook’s new political advertising tools can be easily manipulated with little to no verification by Facebook. The social media giant added a mandatory “Paid For” disclosure to political ads in May, which aimed to provide further clarity to the origin of political advertisements on the website. Instead, it appears that this mandatory field can be used to spread misinformation.

Vice successfully placed ads on Facebook using the name of a number of prominent political figures and groups including Vice President Mike Pence, Democratic National Committee Chairman Tom Perez, and even the terrorist group ISIS. All of these ads were approved by Facebook with the names of these political figures and groups included within the “Paid For” disclosure.

As part of this experiment, Vice managed to repost ads previously linked to Russian disinformation campaigns with Facebook approving them despite the fact that they were labeled as “Paid For by Mike Pence.” Vice noted that attempting to use “Hillary Clinton” in the Paid For disclosure was denied by Facebook but using false names and fake PACs related to Clinton was allowed. Facebook reportedly did not confirm why Clinton’s name is not allowed to be included in the Paid For section. 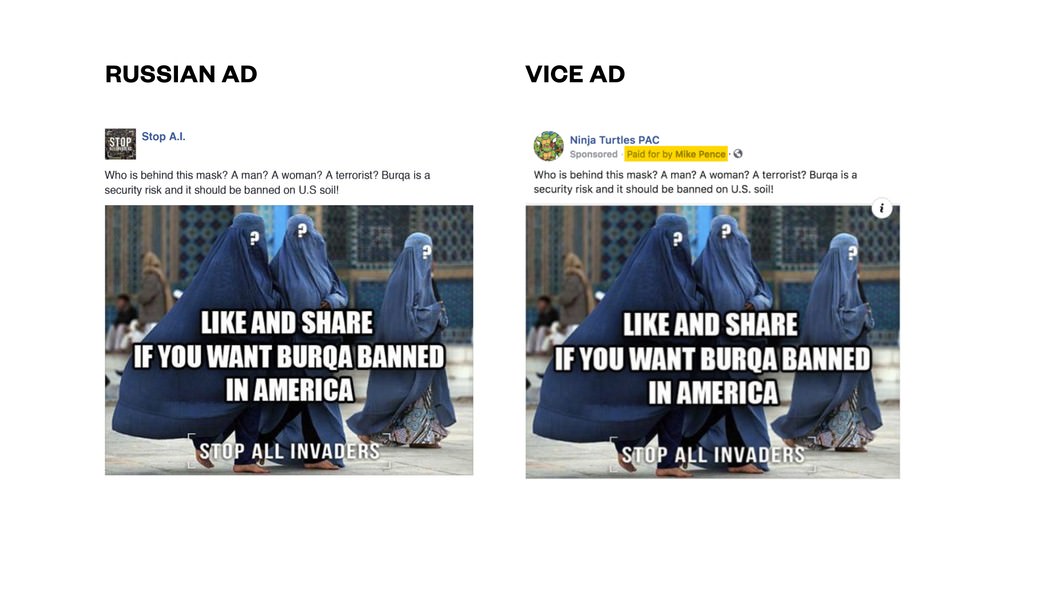 Vice reached out to Facebook about the fake ads after they were approved, Facebook told the news outlet that the political ads should never have been approved for the site in the first place. Rob Leathern, the leader of Facebook’s Business Integrity product management team told Vice: “Inaccurate disclaimers have no place on Facebook and these ads are no longer running. Our goal is to increase transparency on Facebook and prevent foreign interference elections which is why we have implemented the authorization process and released the Ad Archive. Enforcement isn’t perfect – and we won’t stop all people trying to game the system – but we have made it much harder and we will continue to improve.”

Facebook told Vice that they were working on developing a closer relationship with election authorities in order to better identify the sort of fake ads placed by Vice before they’re approved. Facebook also noted that they do not permit foreign advertisers to place political ads in the U.S. but as Vice points out, it was very easy for them to replicate the same Russian-linked misinformation ads from a U.S. account.