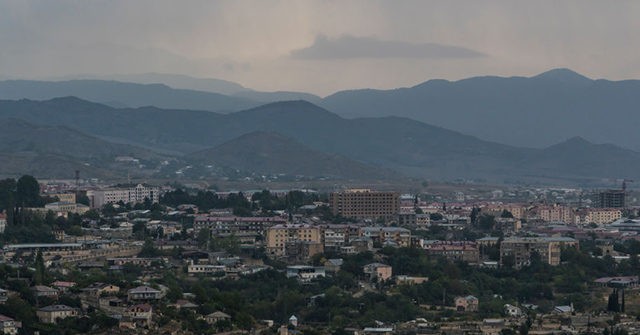 The Greek City Times (GCT) reported on Thursday that roughly 80 volunteers from Greece are traveling to Armenia to support the country against Turkey and Azerbaijan in the contested Nagorno-Karabakh region.

According to GCT’s sources, about 50 of the volunteers are Greek citizens of Armenian heritage, while the rest are ethnic Greeks. They hailed from towns all across Greece.

“I will go to Armenia to support my country and to fight,” an ethnic Armenian named Iakovos Stamatiadis who immigrated to Greece as a child told the GCT. “I am angry and stressed because my country defends herself and they are invading us.”

“I want to say that the government has to support Armenia. I have Greek friends, I live in Greece. I know that Greek people are with us. Greeks want to go to Armenia to fight,” he added.

Many of the volunteers share the view that ethnic Armenians living in the Nagorno-Karabakh region of Azerbaijan, an area they view as an autonomous “Republic of Artsakh,” have been struggling to be free of Azeri domination since the fall of the Soviet Union.

As Stamatiadis explained, these ethnic Armenians and sympathetic Greeks see the current clash as Turkish-supported Azeri aggression on the people of Artsakh. The people of Azerbaijan have a similar feeling of shared history and ethnic solidarity with the Turks.

“This served two purposes — a continuation of the Soviet divide-and-rule strategy in the Caucasus, and a hope to turn Turkey into a socialist state by appeasing the Azeris who are linguistically and culturally nearly identical to Turks,” GCT wrote. The Soviets proved much better at division than ruling, so a war broke out over the Nagorno-Karabakh territory after the Soviet Union collapsed, ending with a ceasefire in 1994 and constant unrest ever since.

Soccer player Varazdat Haroyan, captain of Armenia’s national team, announced on Wednesday that he has canceled plans to transfer to a Greek team because he wants to stay in Armenia and support his countrymen during the clash with Azerbaijan.

Haroyan denied reports that he would travel to the front lines and fight for Armenia but said he would “support my homeland in all possible ways,” including the establishment of a relief fund for wounded Armenian soldiers.

The Greek Reporter wrote on Monday that official Greek government support for Armenia in the Nagorno-Karabakh conflict has been “tepid,” consisting mostly of regrets for the loss of life and promises to assist with de-escalation.

“We have been monitoring with great concern the escalating tension in the Nagorno-Karabakh region, which has resulted in civilian casualties. We call on all sides to exercise restraint, cease hostilities immediately and return to the negotiation table in the context of the Minsk Group,” the Greek Foreign Ministry said.

This posture displeased many Greeks, who criticized their government via social media for “sitting on the fence” and urged more aggressive support for Armenia. Greeks also vented their anger at Turkey, whose relations with Greece were tense long before the conflict between Armenia and Azerbaijan erupted.

Turkey referred to Armenia, Greece, and Cyprus as an “alliance of evil” in August, complaining about the three nations working together against Turkish interests in the eastern Mediterranean. Turkey and Greece have come close to a military conflict over energy resources in the Mediterranean. NATO announced on Thursday that it has developed a “military deconfliction mechanism” with cooperation from both Ankara and Athens after some initial resistance.

Turkish media and Azeri officials noted the reports of Greek “mercenaries” headed for Armenia with severe disapproval, as with Turkey’s Anadolu Agency on Friday:

Hikmet Hajiyev, the assistant to the president and foreign policy chief for Azerbaijan’s presidency, said they obtained information that people of Armenian origin from some Western countries will come to fight against Azerbaijan as fighters and mercenaries.

“We call on those states to stay away from such provocations against Azerbaijan and to take measures. Citizens of these countries will become targets if they participate in military operations,” he said.

Hajiyev also called upon foreign journalists working in the locations of Armenian forces, adding that they are illegally staying at the occupied areas.

Hajiyev also criticized Armenia for bringing foreign journalists into the conflict zone, holding the Armenian government responsible for their safety, and claimed hackers working on behalf of Armenia are carrying out “cyberattacks on the information space of Azerbaijan.”