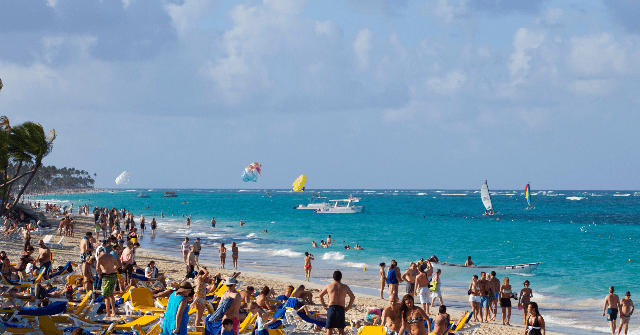 At least four people died at resorts in the Dominican Republic from mysterious causes, according to multiple reports.

Robert Bell Wallace, 67, of California, died on April 14 in his room after drinking a scotch from the hotel room’s mini bar at the Hard Rock Hotel & Casino resort in Punta Cana, several months before the other three tourists died of mysterious causes, Fox News reported on Sunday.

His niece, Chloe Arnold, announced on Sunday that he had been in the country to attend his stepson’s wedding. Arnold said he had been fine until he drank the scotch.

“He started feeling very sick, he had blood in his urine and stool right afterward,” Arnold said, adding that she and other relatives were confused by the circumstances surrounding Wallace’s death.

“We have so many questions,” Arnold added. “We don’t want this to happen to anyone else.”

The State Department confirmed Wallace’s death in a Sunday statement:

We can confirm the death of a U.S. citizen in April 2019 in the Dominican Republic.  We offer our sincerest condolences to the family for their loss. Out of respect for the family during this difficult time, we do not have additional information to provide.

Multiple news outlets recently publicized the deaths of three American tourists at the Bahia Principe, another resort area in the Dominican Republic.

The sudden deaths prompted authorities to investigate them with greater scrutiny.

The FBI told Fox News it is joining other law enforcement agencies in looking into the recent increase in deaths at the Dominican Republic resorts.