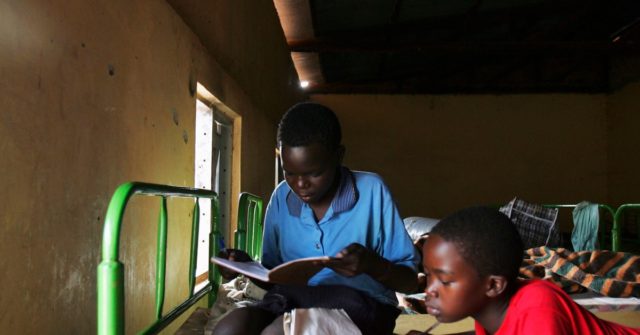 Reports of child abuse in Uganda have spiked since lockdowns were imposed to curb the spread of the Wuhan coronavirus, according to local Catholic relief workers.

“The most commonly reported violations are child neglect and child rape,” said Michelle Ell, project director in Uganda for the 4Children Project at Catholic Relief Services (CRS), who noted that social workers handled nearly three times as many cases in just the first three weeks of the lockdown as they did during a three-month period in late 2019.

In the case of child sexual abuse, “the perpetrators are typically people who are known by the children,” Ms. Ell told Crux, a U.S.-based online Catholic news outlet. “Often the perpetrators are neighbors, fathers, stepfathers and other caregivers.”

School and church closings have produced a precarious situation for many children by removing needed support structures, Ell noted.

“Due to the lockdown, some of the traditional coping mechanisms and support systems available to the most vulnerable children and families are not currently accessible,” she said. “For example, schools are closed, and churches are not holding services. Many of the trusted adult figures who often are able to detect early signs of abuse, and/or help families to cope with added stress, are out of reach during the lockdown.”

The 4Children campaign is a 6-year project seeking to improve the health and well-being of vulnerable children, especially those affected by HIV and AIDS.

Ms. Ell noted that the long-term effects of abuse are wide-ranging and can end up leading to other dangerous behavior.

“When children face multiple stresses or abuse over time and do not have support to cope with or overcome these negative experiences, they experience what is known as ‘toxic stress’ which can have long-term negative consequences on their mental and physical health,” she said. “These children are more likely to face other risks and vulnerabilities, such as mental health issues, dropping out of school, and engaging in risky behaviors that also make them more vulnerable to HIV/AIDS.”

As the direct health impact of the Wuhan coronavirus has begun winding down in many countries, some of the longer-term fallout due to lockdowns is beginning to emerge, with many suggesting that the cure will be far worse than the disease.

According to a report from UNICEF, the risk of children dying from malaria, pneumonia, or diarrhea in developing countries under lockdown “far outweighs any threat presented by the coronavirus.”

More than a million women and children could die in the next year – an increase of 45 percent for children and 39 percent for new mothers, UNICEF warned.

The United Nations had already warned that the economic devastation from the coronavirus lockdowns could kill more people than the disease itself.

David Beasley, the executive director of the U.N.’s World Food Program, noted that the world is “not only facing a global health pandemic but also a global humanitarian catastrophe” and this crisis could force as many as 420 million people into extreme poverty.

“Lockdowns and economic recession are expected to lead to a major loss of income among the working poor,” Beasley said.

“In a worst-case scenario, we could be looking at famine in about three dozen countries, and in fact, in ten of these countries, we already have more than one million people per country who are on the verge of starvation,” he said. “In many places, human suffering is the heavy price of conflict.”