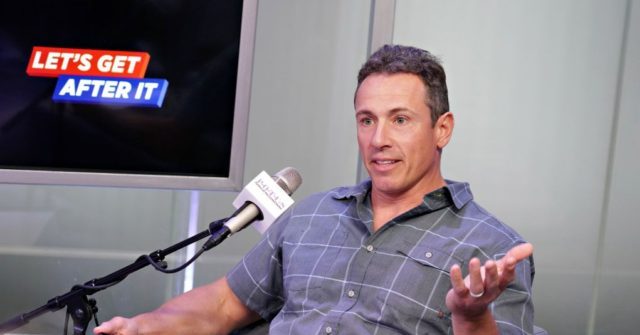 The show wrapped up 2020 boasting a yearly average of 1.8 million viewers, which made it the network’s most popular program.

“Cuomo Prime Time” has averaged only 1.6 million viewers since CNN said Gov. Cuomo wouldn’t be covered anymore on the program, a 28-percent drop from the three-month period in 2020 when he was a regular guest. Since CNN banned Chris from covering his brother, “Cuomo Prime Time” is also down 20 percent compared to its 2020 total viewership.

In addition, CNN has reportedly been losing viewers since former President Donald Trump left office, dropping about half of its audience in key metrics since January.

On Friday, one of Gov. Cuomo’s aides publicly accused him of sexual harassment, the first allegation brought forward by a current member of his staff, according to Breitbart News.

Meanwhile, the Federal Bureau of Investigation (FBI) is reportedly investigating whether aides to the governor offered false data regarding the number of deaths in New York’s nursing homes amid the coronavirus pandemic.

In regard to viewership, Cuomo Prime Time is reportedly in the midst of its worst week of 2021, averaging 1.2 million viewers and 323,000 among the key demographics from March 15 to 17, the Fox article read.

Data cited in the report is courtesy of Nielson Media research.