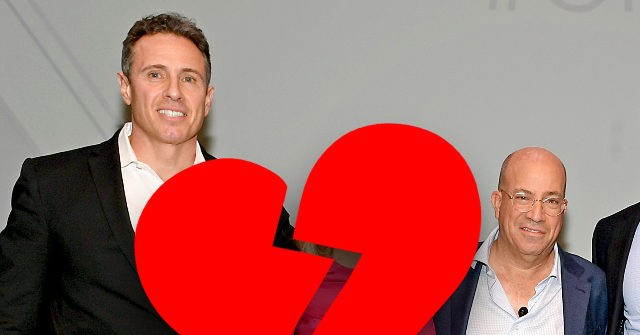 The sudden resignation of CNN president Jeff Zucker rocked the media world on Wednesday — and it may have been triggered by an allegation made by fired CNN host Christoper Cuomo’s legal team.

Zucker announced he was stepping down from the news network after failing to disclose a romantic relationship with a subordinate, executive vice president and chief marketing officer Allison Gollust.

“As part of the investigation into Chris Cuomo’s tenure at CNN, I was asked about a consensual relationship with my closest colleague, someone I have worked with for more than 20 years,” Zucker told stunned employees in a memo. “I acknowledged the relationship evolved in recent years. I was required to disclose it when it began but I didn’t. I was wrong. As a result, I am resigning today.”

Politico reports of Team Cuomo’s involvement in the saga of Zucker’s resignation:

Two sources with knowledge of the situation not authorized to speak publicly said that Cuomo’s legal team, which continues to negotiate his exit from the network, raised issues about the relationship between Zucker and Gollust. Cuomo’s legal team asserted that Zucker was hypocritical to suggest Cuomo had a personal conflict of interest when the relationship with Gollust represented a potential conflict as well. Puck News’ Matt Belloni reported that CNN recently also received a letter from Cuomo’s lawyers demanding preservation of communications between Zucker, Gollust, and Cuomo.

Neither Cuomo nor his legal team have issued a statement addressing Politico’s report.