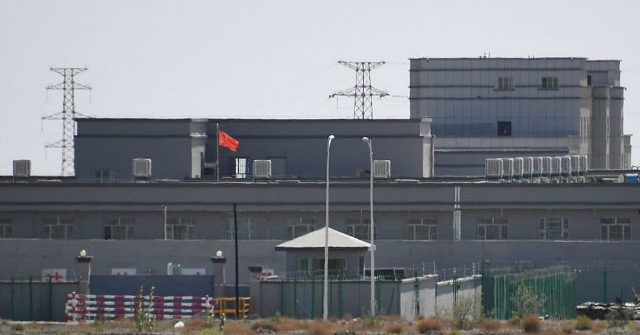 A trove of Chinese government documents contradicts Beijing’s claims that its internment camps for Muslim minorities in Xinjiang are vocational and training centers aimed at combating terrorism, an independent researcher reported on Monday.

Zenz wrote that his research seeks to completely disprove Chinese government claims that the camps are “just like boarding schools” and its “students” can regularly ask to go home, adding:

There is abundant evidence from government documents that there are several types of dedicated re-education facilities in Xinjiang, and that the officially-stated primary goal of the VTICs [Vocational Training Internment Camps] is not vocational training but “transformation through education.” Government claims that Xinjiang has no “concentration camps” are both semantically and technically false, and contradicted by the state’s own terminology.

The researcher gained access to a vast amount of Chinese government documents and found what he described as “the true nature of this extrajudicial and inhumane internment campaign, where Xinjiang’s minorities are caged in like animals” and face a heavy police presence and political brainwashing.

Official government documentation revealed that the facilities “engage in known and pre-existing forms of coercive and abusive political re-education” through brainwashing, Zenz found.

The researcher also found that the facilities function as a prison.

Zenz wrote, “The author never found a single government document that supports government claims that people willingly consent to being placed into a VTIC [Vocational Training Internment Camps], they sign any kind of agreement to that end, or they can request leave.”

He also learned that China’s large-scale internment, which intensified in 2017, is “only one” of an estimated eight forms of extrajudicial detention in Xinjiang.

The United States has accused China of forcing up to three million Muslim minorities, mainly from the Uighur ethnic group, into hundreds of “concentration camps,” also known as re-education or mind-transformation centers, where prisoners face extrajudicial incarceration, torture, communist indoctrination, forced labor, and the renunciation of their faith and native language, among other human rights abuses.

Zenz placed the number of detainees at 1.5 million.

China has repeatedly denied that the centers are concentration camps, describing the facilities as vocational and training centers.

The researcher noted that the international community has been mostly silent about China’s Muslim crackdown. Several news outlets have indicated that even Muslim-majority countries have turned a blind eye to the mistreatment of predominantly Muslim Uighurs and other Islam adherents in China out of concern for their economic relationship with China.

Except for a few Islamic countries, including Turkey, the Muslim world has failed to condemn China for its actions. Uighurs are a Turkic group that shares cultural and linguistic similarities with similar ethnic groups in the Asian region.