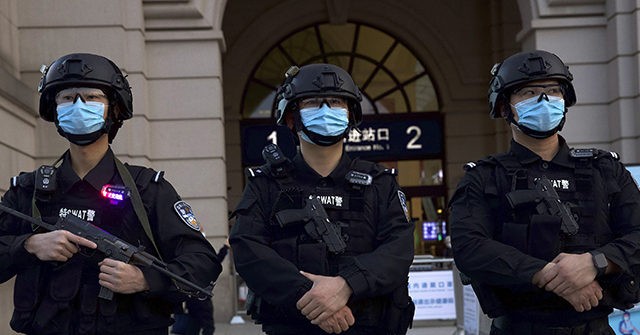 In Mudanjiang, a city in China’s northeastern Heilongjiang province, a recent spike in coronavirus cases has caused the government to reimpose a partial lockdown, the Epoch Times reported on Friday, with local reports indicating that authorities are sealing residents in their homes.

Flights into and out of the city have been halted, along with train and bus services, according to the report. Students who had returned to school in recent days were ordered to return home.

This is the third time Mudanjiang has faced lockdown restrictions. It was first locked down in January, along with most of China, after the initial Wuhan coronavirus outbreak late last year in the eponymous central Chinese city, then again last month following another outbreak. Students had just been allowed to return to school on May 25 when the third lockdown was announced, according to the report.

On May 28, a local taxi driver surnamed Huang told the Chinese-language Epoch Times that residential compounds in Mudanjiang where asymptomatic carriers live have been fully “locked down” from the outside.

A video uploaded to social media by a Mudanjiang local on May 25 and shared by the Epoch Times supports Huang’s account of residences being fully “locked down.” It shows government workers at the Shuguang Xincheng residential compound installing a metal bar on the gate of a residential building, sealing it off from the outside.

A similar lockdown was documented last month in Harbin, the capital of Heilongjiang province, located about 200 miles northwest of Mudanjiang. There, one local filmed a residential unit that had been locked from the outside by authorities, who placed an official notice on the gate stating that people suspected of having coronavirus lived inside the sealed compound.

At the time, Harbin had officially admitted to just 58 cases of coronavirus, despite enforcing the extreme lockdown measures.