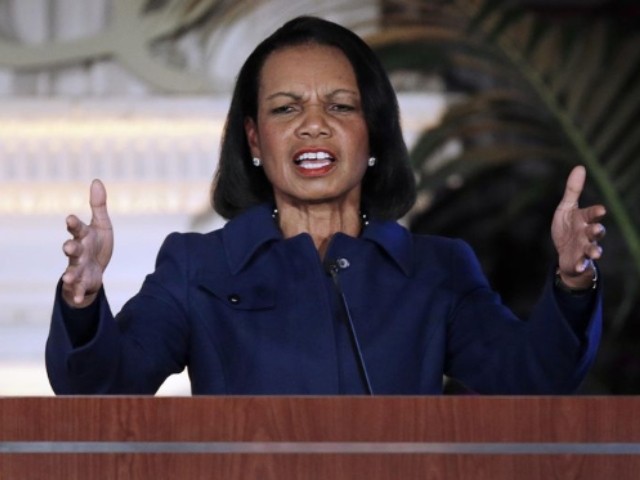 Former Cabinet members frequently find themselves employed in a very diverse field of work after leaving government. However, if the Browns pull off what they’re reportedly attempting to do, this will take things to a whole other level.

If hired, Rice would be the first female head coach in the history of the league.

Cleveland’s interest in interviewing Rice comes at a time when women recently have moved into decision-making roles in men’s professional sports. The Spurs hired Becky Hammon as an assistant coach, the Buffalo Bills hired Kathryn Smith as a quality control assistant, the Raiders hired Kelsey Martinez to their strength staff, and the 49ers hired Katie Sowers as an offensive assistant.

A potential interview hardly means the Browns will hire Rice, but they are interested in talking to her about the job and seeing what she could bring to the position and the organization.

Rice is a lifelong Browns fan, and has been frequently seen visiting with Browns Owner Jimmy Haslam. At one point, there was even talk of making Rice the league’s commissioner.

While those talks never materialized, the Browns interest in Rice as a head coach, seems genuine. The Browns recently fired their head coach Hue Jackson, after the team began struggling offensively.